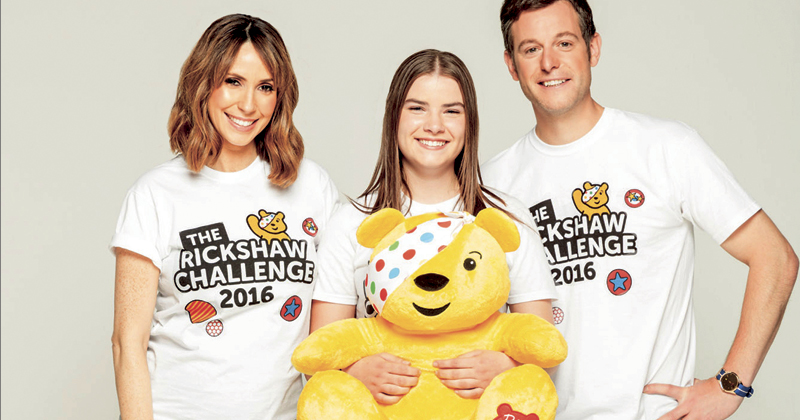 A student at Derby College is taking part in The One Show’s Rickshaw Challenge to raise money for BBC Children in Need.

Phoebe Kent, currently studying the level three extended diploma in horse management, was selected for the challenge following her involvement with Treetops Hospice Trust, a project part-funded by Children in Need.

She got involved with the hospice following a close family bereavement, when the charity supported her to understand her feelings and start coming to terms with the loss.

Phoebe will join five other riders during the televised challenge, which will involve pedalling a rickshaw 470 miles down Britain’s east coast, and which is now in its sixth year.

The journey began on November 11, kicking off from the Scottish border town of Jedburgh, and will conclude in central London on the 18th, in time for the BBC Children in Need appeal show.

Matt Baker, presenter of the One Show, said: “Every year I’m inspired by the young people who take on the Rickshaw Challenge, and this year is no different. The six young riders have faced major challenges in their lives already. Thanks to the charity they have been able to overcome so much; and now they feel ready to give back.”