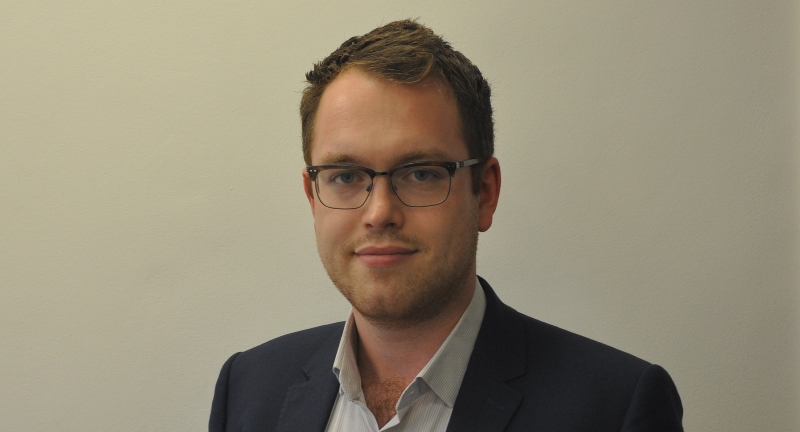 Left-wing think tank IPPR wants the government to phase out level two apprenticeships for 16-18 year olds, and replace them with a programme only offered by colleges.

Entitled ‘Earning & Learning – Making the Apprenticeship System work for 16-18 year olds’, its new report warned youth unemployment is being fuelled by “too many” 16–18 year olds studying level two courses that do not help them progress through vocational education or into work.

Authors Joe Dromey, senior research fellow on work, skills and family at IPPR (pictured above), Jonathan Clifton, who left the IPPR to become Head of Strategic Policy at Department for Education after drafting the report and Charlynne Pullen, now head of workforce data at The Education and Training Foundation, instead proposed that level two apprenticeships should be replaced by “a distinct pre-apprenticeship programme”.

This, they added, should “only be offered by FE colleges, or training providers which are run on a not-for-profit basis”.

The report said that level two apprenticeships “are often very job specific, they do not include much off-the-job training, they only last one year, and – from next year – they will not be required to include a recognised qualification”.

In addition, they said, wage returns for level two qualifications are low, and relatively few of these learners progress to level three – only 39 per cent of those on one year level two courses.

In contrast to the current system, IPPR said, pre-apprenticeships would be “explicitly designed to help young people move onto a full level three apprenticeship at age 18 or 19”.

The proposed scheme would differ from the current system in a number of ways, including “more ‘off the job’ training”, “more general education (including English and maths)”, and a final “transferable qualification” at its outcome.

The report also suggested “employers do not want to hire young apprentices” and therefore should be subsidised for taking on a young person on a pre-apprenticeship – for example by being “allowed to use their levy payment” to cover the wages.

In response to the report, David Hughes, chief executive of the Association of Colleges, said: “The AoC has been calling for the introduction of a pre-apprenticeship offer for some time, so it’s good to see other organisations pushing for the same idea.

“All FE colleges provide apprenticeships and are keen to do more, so it is interesting to see the suggestion that this offer should only be open to colleges and not-for-profit training providers. I’m sure that will be debated long and hard.”

AELP chief executive Mark Dawe, who has written an expert piece on this, commented: “We should be debating what is in the best interests of young people based on evidence rather than institutionally-biased proposals.

“Many industries need and want a level two starting point and therefore it would be a denial of social justice to disallow a 16 year old the opportunity to gain knowledge and proper experience of work.

“Moreover due to failings in the schools system, many 16 year olds need to start at level two and yet some opinion-formers seem bent on punishing them further.”

When asked to respond to the report recommendations, skills and apprenticeships Minister Robert Halfon said: “We are determined to ensure that people of all backgrounds and all ages can get on the ladder of opportunity. That is why we introduced traineeships, which are backed by business, and provide young people with the vital work experience and skills they need to gain an apprenticeship or a job.