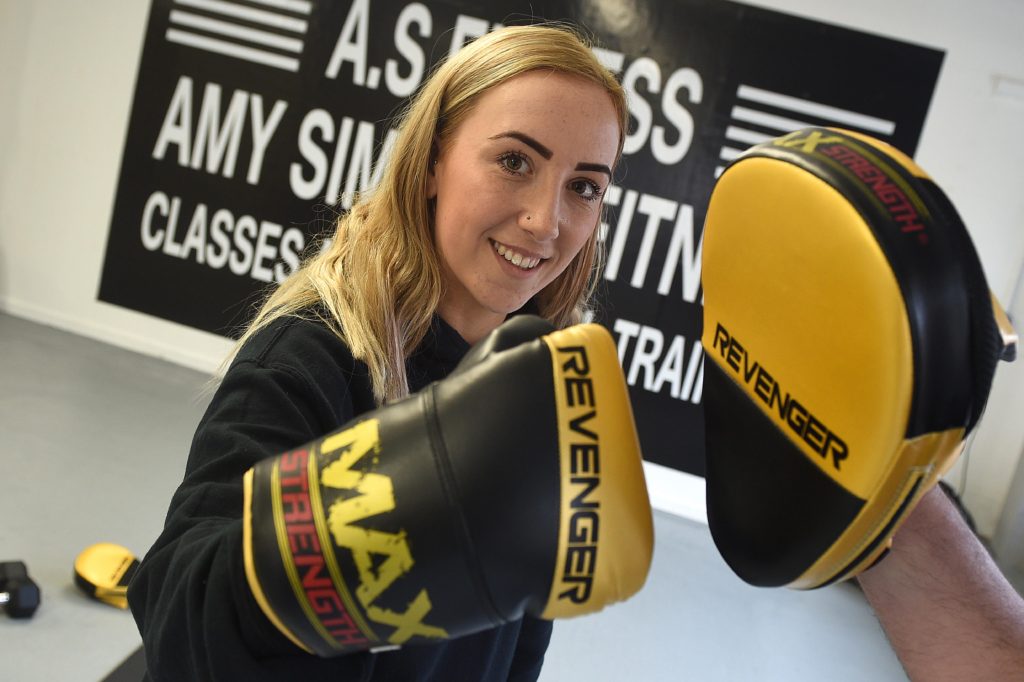 Starting a business is notoriously difficult, but one entrepreneur launched her fitness empire in her first year at college. Now, just two years later she has opened her own studio – and she’s only 19. Samantha King reports.

When Amy Simpson left school, she decided a traditional A-level route wasn’t for her. Instead, she enrolled at Middlesbrough College to pursue courses in level two fitness instructing and level three personal training.

Her passion for fitness was a constant throughout her time at school, where she captained the football team, and “always liked leading”, a quality that would prove to be crucial in the success of her business.

Although it was a full-time course, I had a couple of hours in the morning or in the afternoon between study times, so I’d fit in personal training classes then

At just 16, during the first year of her studies at Middlesbrough College, Amy decided to set up a personal training and group fitness class service, which she called Amy Simpson Fitness.

Speaking of how she juggled her work and study life, she said: “Although it was a full-time course, I had a couple of hours in the morning or in the afternoon between study times, so I’d fit in personal training classes then. When I was qualified to teach classes, I ran them at night, and it built up and up from there.”

Building a client base through leafleting and social media, she would train clients in whatever space she could find. For personal training sessions, she would work with them in football fields, and even their front rooms and gardens. When it came to group classes she would rent out school halls, paying by the hour.

“When I first started my classes, they were very small in numbers and it was a struggle to get them to expand. Starting off, I just had my friends and family there.

“In the first couple of weeks I thought, ‘There’re only eight people here, is it worth carrying on?’ because I was only making £4 at the end of the night after I had paid the venue.” The venue has plenty of space for fitness classes

A business unit on her course gave Amy the confidence to take her next steps and when she left the college, she invested in a 2,000 sq ft fitness venue in the heart of Normanby high street in North Yorkshire.

“As soon as I saw the premises I thought ‘yes, I need it’. It had all the metal beams to hang all my bags on and it was just perfect. I said there and then that I wanted it, and signed the papers.”

Amy’s business has grown exponentially in the two years it has been in operation and classes that started out with a handful of family and friends now regularly attract around 30 clients. “At the beginning it might be hard and it might be embarrassing if only three people are turning up to the class, but you’ve just got to keep going because that three will soon turn into 30.”

Her client base now ranges from teenage boys training to go into the army and wanting to build up their general fitness, to women who are struggling to put on weight and want to develop muscle.

Speaking of how college helped her, she said: “I couldn’t have done it all without the experience at Middlesbrough College behind me. My tutors really encouraged me, and it was working with them that gave me the inspiration to go for it.”