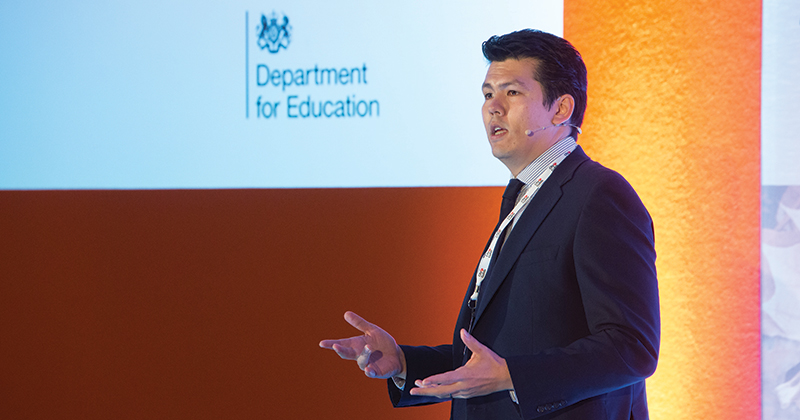 The government’s controversial plans to replace over 20,000 technical courses with 15 routes won’t lead to just 15 qualifications, a top civil servant has insisted.

Warwick Sharp, the deputy director 16-19 strategy at the Department for Education, said it was a “myth” that the streamlining – which many in the sector worry is too drastic – would result in limited outcomes.

The plans, announced in the Post-16 Skills Plan in July and building on the recommendations of Sainsbury Review into technical education, will see the first routes being taught from September 2019.

They will be two-year, college-based programmes closely aligned to new apprenticeship standards.

The full 15 routes are due to be rolled out for teaching by September 2022, with four of the 15 “primarily delivered through apprenticeships.”

There has been considerable confusion in the sector over this significant simplification, with many worried that it would lead to just 15 qualifications

There has been considerable confusion in the sector over this significant simplification, with many worried that it would lead to just 15 qualifications – which would leave many in the range of subjects as awkward bedfellows.

The ‘Creative and Design’ route, for example, includes training as an audio-visual technician, a journalist or a furniture maker. The ‘Engineering and Manufacturing’ route meanwhile links the roles of aircraft fitter, printer and energy plant operative.

However Mr Sharp attempted to ease sector worries during a speech at the Association of Employment and Learning Providers’ autumn conference on November 1.

“There is myth out there that there are 15 qualifications because there are 15 routes,” he said, adding: “I think it will look different across each route.”

He suggested that the routes could branch, using ‘Legal, Finance and Accounting’ as an example.

“I’m not saying it will happen – but we could see three clear branches there; something like engineering or manufacturing is probably much more diverse.”

FE Week put Mr Sharp’s comments to the DfE, asking why this “myth” has been allowed to spread, whether the DfE was responsible for the idea, and what the reality will be for the routes and qualifications.

However, the department’s spokesperson insisted that there were no further comments to make at this stage.

Nevertheless, a letter from apprenticeships and skills minister Robert Halfon, written in October and sent to all chairs and principals of colleges and chief executives of independent training providers, raised the suggestion directly.

He wrote that the Post-16 Skills Plan “replaces the current system of thousands of competing qualifications with 15 high-quality routes encompassing college-based and apprenticeships”.

A release from the DfE for Business, Innovation and Skills on July 8 also said: “Thousands of ineffective courses that short-change employers and young people will be replaced with 15 straightforward routes into technical employment creating a more skilled workforce fit for modern Britain.

“Currently young people considering a technical education must choose between more than 20,000 courses provided by 160 different organisations with no clear indicator of which course will give them the best chance of landing a job.

“The skills plan proposes a new system where students who have finished their GCSEs will be able to choose from up to 15 routes providing a clear path to skilled employment.”

AELP voxpops: Is the fact that there’s no guaranteed funding for non-levy payers a big concern? Will the apprenticeship levy ultimately shut out the SMEs?