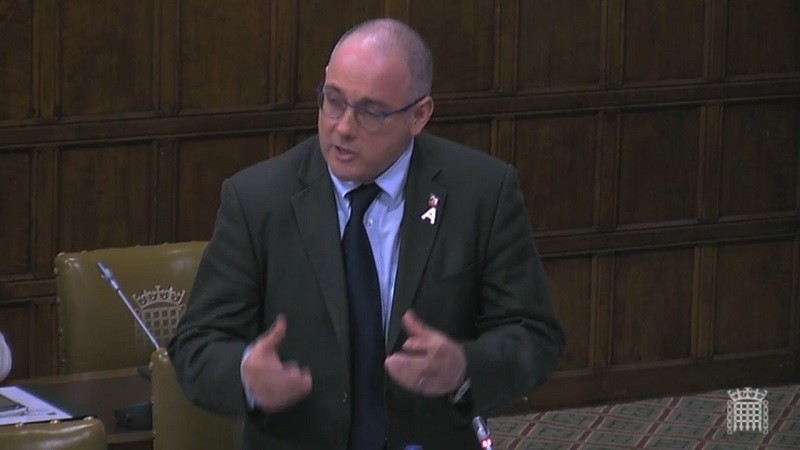 Apprenticeships minister Robert Halfon (pictured above) has been accused of “trying to hoodwink the house” over apprenticeship funding cuts during a heated clash in parliament this morning.

The accusation was made by David Lammy, MP for Tottenham, at the end of a Westminster Hall debate – over planned apprenticeships funding cuts for younger and disadvantaged learners exposed by FE Week.

He said that Mr Halfon had not responded to key questions on the issue of framework funding, and had instead focused on new standards – despite their low take-up.

“Over 99 per cent [of starts] are on the frameworks, which is the matter of the debate, and the minister has not addressed it at all,” Mr Lammy said.

“He’s trying to hoodwink the house.”

Mr Halfon did not respond to the cuts during his comments today, despite them being raised by a number of speakers including Mr Lammy and Gordon Marsden, shadow skills minister.

But he did say: “To use some frameworks as a way to say the government is not helping the poorest is entirely wrong.”

Mr Lammy’s frustration at Mr Halfon’s lack of response was evident, and he had to be called to order in his closing remarks, during which he said: “It is disappointing that the minister has said nothing about funding rate cuts in this country.

“He’s been reliant on the £2.5bn extra he’s said is coming in. He’s robbing Peter to pay Paul.”

This morning’s debate was called by Mr Lammy in response to FE Week’s analysis of apprenticeship funding rates proposed by the Department for Education in August.

As revealed by FE Week, these new rates would see funding slashed for 16 to 18-year-olds in the most deprived areas by up to 50 per cent for some of the most popular frameworks.

Following a successful #SaveOurApprenticeships campaign by FE Week, the government has now announced a partial u-turn on the worst of the cuts.

The DfE announced on Tuesday it would now pay an extra 20 per cent on the funding band limit for 16-18 year-olds, and £60 million “additional support in areas of disadvantage”.

However, further FE Week analysis into the impact of this u-turn found that while the cuts now aren’t set to be quite as high as before, most frameworks will still feel cuts of 20 per cent or more.