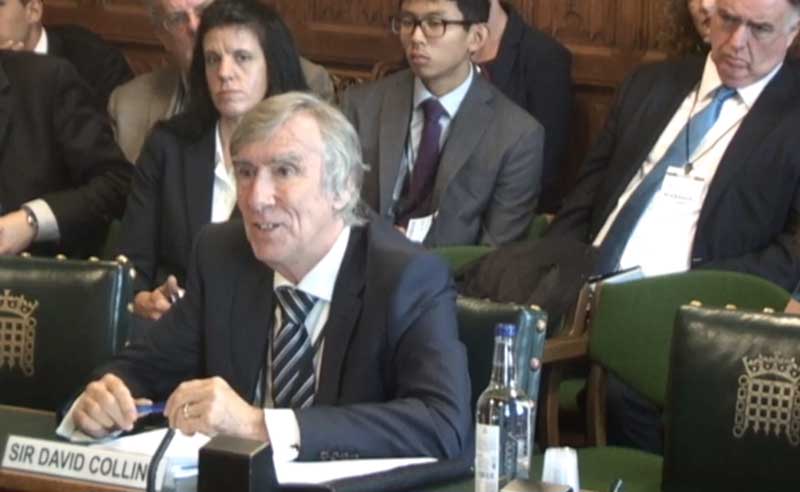 A post-16 review of sixth forms outside of the FE sector would be “very helpful”, the FE Commissioner has told the Education Select Committee.

Sir David Collins spoke out on the issue this morning, during a special evidence session for the committee’s enquiry in to ongoing area reviews of post-16 education, which currently do not directly involve schools.

He said: “A general post-16 review of sixth forms would be very interesting nationally and I’m sure the college sector would welcome it.”

The evidence from such a review would “show very clearly the kind of changes that might be needed”, Sir David said in response to questions from committee member Ian Mearns, Labour MP for Gateshead.

He had asked if it would be valuable for the government to conduct a separate review into sixth form provision outside of FE – as schools sixth forms have been excluded from the current area review process.

Sir David added that sixth forms had been encouraged “along the lines of ‘this will give people greater choice’”, but said this has put pressure on schools to maintain and develop their sixth forms “ almost at any cost in some areas”, leading to “inefficiencies” and “serious weaknesses in quality”.

However, he said, including schools sixth form in the area reviews that he has overseen so far “couldn’t be done”, and would have “would have made the whole process I think impossible”.

“This is a persuasive exercise that encourages colleges to look at what is needed in their area and look at where there’s a better way forward.”

He added: “But it is encouraging that many local authorities are using this opportunity to conduct parallel reviews of small schools sixth forms in their area and I think that will be helpful.”

His comments reflected some of the frustrations expressed early in the discussion by Theresa Grant, chief executive officer of Trafford Metropolitan Borough Council.

Ms Grant said: “There’s quite a lot of duplication of curriculum. However, the exclusion of sixth forms has really hampered that analysis.

“The impact really of excluding them, the impact for the colleges was they felt that they were being done to, because others were being excluded.”

She added: “It had quite an impact and quite a lot of negativity which was unnecessary in my view.”

Ms Grant said that she felt the exclusion of schools sixth form had affected colleges’ willingness to cooperate with the area review process “because they did feel it was a done to exercise and had it been everybody in scope they would have had no excuse”.

During the hearing, Sir David also revealed to the committee that the release of thirteen area review reports has been delayed by three months, in order to allow the new Education Secretary to “get up to speed”.

The reports from waves one and two of the area review have apparently been completed and “ready since April” and should be “coming out in the next week or so”, he said.

The delay, he commented, was due to “the change of government and the new secretary of state wanting to review everything that was going through her in tray I think before it became published”.

He added: “There’s no mystery behind it other than the fact effectively we’ve had not a change of government but change of secretary of state a change of minister and that’s been the delay.”

When asked if the new minister had sought to make any changes to the report, Sir David said: “No, I think it’s purely wanting to read them through, check them, get up to speed with what’s happening in the areas.”