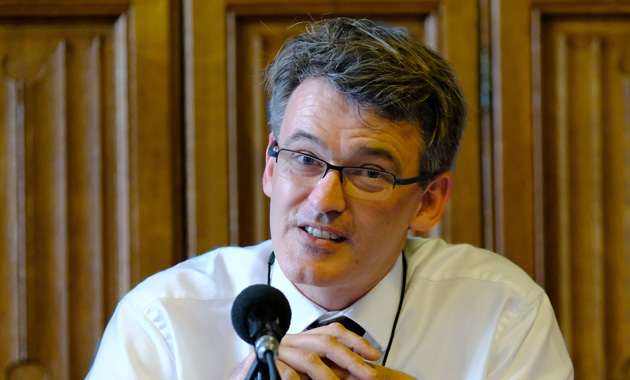 The reversal of government plans to reduce subcontracting through its new Register of Apprenticeship Training Providers has been welcomed by Association of Employment and Learning Providers boss Mark Dawe.

A guide to the new register was unveiled by the Skills Funding Agency today.

It was supposed to be more rigorous than the existing SFA provider register – which will continue for non-apprenticeship provision.

The proposals when published in August said the main provider would need to deliver at least half the training for each apprentices themselves.

But little appears set to be changing now, with the new document stating: “At the employer’s request, and subject to their agreement, main providers will be able to bring in subcontractors to deliver whole, or parts of, frameworks or standards.”

It added: “We appreciate that maintaining the ability to subcontract will, at least for a transitional period, be important for employers and providers.

“Therefore, we will require that all approved ‘main’ providers will need to directly provide training for each employer’s apprenticeship programme that they deliver, but we will not require the main provider to deliver a significant majority of each framework or standard they contract with an employer to deliver.”

The government claimed in August the clamp-down on subcontracting was to foster direct relationships between employers and training providers.

However, the proposals produced a concerned reaction from sector bodies who argued strongly for maintenance of what many felt was a productive relationship, between prime and subcontractors, for learners and providers.

Mark Dawe, chief executive of the Association of Employment and Learning Providers, told FE Week today: “We are pleased that the government was true to its word and treated the apprenticeship consultation as just that – a consultation.

“While there are clearly still areas of concern, significant steps have been taken to respond to the key matters raised by AELP and its members and we welcome that.”

He added: “With regard to the provider register, sense has prevailed with a proposal around subcontracting that is actually deliverable, removing the ability to just tout funding around the system, while leaving enough flexibility to provide employer focused partnership solutions for delivery.

“The decision to exclude providers with contract values below £100k from having to join the register (they still can apply if they want to) in order to deliver apprenticeships is good news, demonstrating the true benefit of a proper consultative approach and in direct response to representations from AELP.”

At the moment, subcontractors which deliver less than £100,000 of SFA-funded provision each year do not need to apply – and, as Mr Dawe recognised, plans to change that also appear to have been dropped.

The document stated: “For the time being, we will retain the threshold, which means that organisations who want to deliver less than £100k of apprenticeship training per year as a subcontractor will not need to apply.”