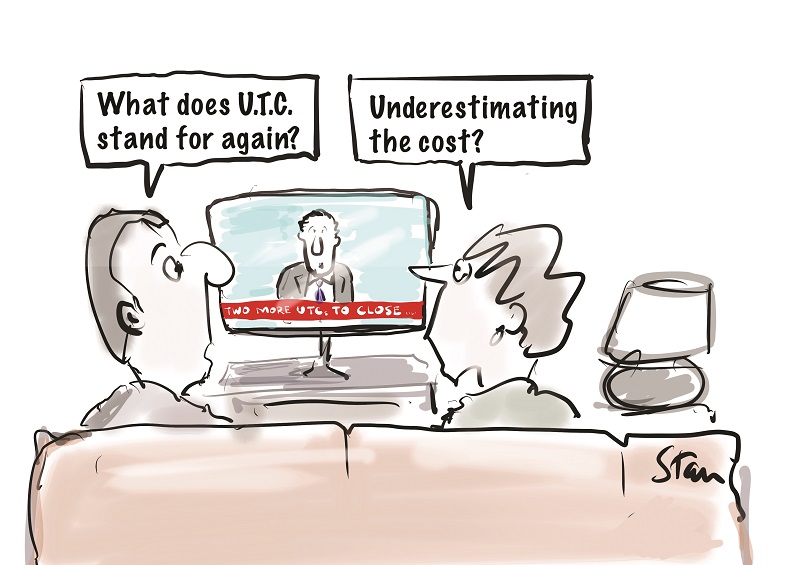 A university technical college with low pupil numbers has been ditched by its sponsor for costing too much, while recruitment problems in another has forced it to consider converting into a secondary school.

Bright Futures Educational Trust (BFET) is relinquishing sponsorship of Wigan UTC as it can no longer afford the 14-19 institution.

The UTC has been open three years but currently has just 65 pupils on roll, despite a capacity for 500.

Meanwhile, Bolton UTC – ten miles from Wigan – is consulting community members over a planned change that would allow pupils to enter from age 11 instead of 14.

If agreed, it would be the sixth UTC of 48 to close since the model was launched in 2010.

Dana Ross-Wawrzynki, chief executive of BFET who oversees Wigan UTC, said: “In the present climate in Wigan where other schools do not support the transfer of their pupils to a UTC at the end of key stage 3, it became very obvious that it would be a long and uphill battle to secure a full house of 500 students for a very long time.

“BFET does not have the finances to keep funding the UTC over several years in the hope that its reputation will bring more students.”

The trust, which runs nine schools, took over the UTC in March last year following a turbulent couple of years in which the UTC was graded as inadequate. It has since been rated good by Ofsted.

The trust asked Vicky Beer, regional schools commissioner for Lancashire and West Yorkshire, if the UTC could convert to an 11 to 19 science, technology, engineering and maths school.

But Ross-Wawrzynki said Beer refused without giving the reasons for her decision – and despite a new secondary school needed to match a demand for places.

Instead, Beer is seeking a new sponsor and negotiations are ongoing.

Ross-Wawrzynki added: “We have not only lost a great school, but have been left with a debt due to the low numbers at the college.

“BFET is working closely with the sponsor to enable a seamless handover.”

It opened in September last year and had 241 pupils on roll in January, although it has capacity for 600.

According to its website, the college sponsors “collected evidence” about the demand for year 7 entry in 2014, but went ahead with starting enrolment from age 14.

Local authority figures for the area indicate an expected shortage of 48 secondary school places in 2017, rising to more than 170 by 2018.

UTC Bolton said that given the emerging shortage of secondary school places it believed the “time was now right” to widen the admission arrangements and proposed a three-form entry year 7 intake from next September. It would retain a focus on specialist science.

The proposals come less than a month after Greenwich council announced it was spending £13 million to convert Royal Greenwich UTC in south London into a secondary school.