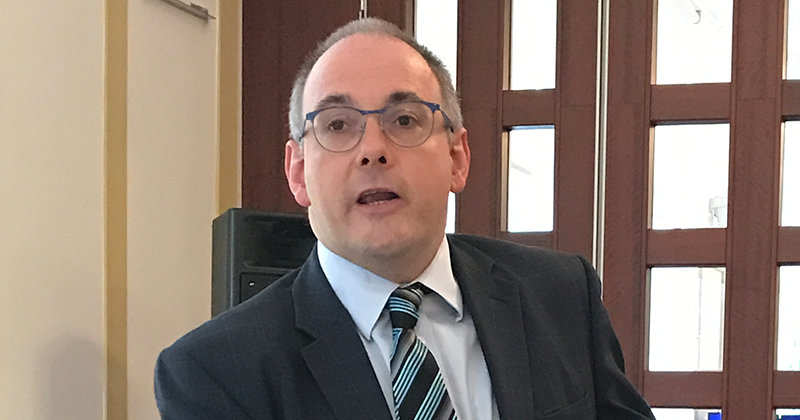 Administered status has been imposed on City of Liverpool College by apprenticeships and skills minister Robert Halfon, who is “extremely concerned” about its decision to dispute being referred to the FE Commissioner for a second round of intervention.

Mr Halfon wrote to chair of the board of City of Liverpool College Peter Grieve on October 19, 2016, following a recent ‘stocktake assessment’ by the FE Commissioner, Sir David Collins.

He noted in the letter that former skills minister Nick Boles had also written to the college on May 18, and “made clear that it is not acceptable that the college has failed to deliver sustained improvement over a prolonged period”.

City of Liverpool then became the first institution to be re-referred to the FE Commissioner, following as a result of long standing quality and more recent financial failings.

Mr Halfon said he was “extremely concerned by the college’s response” since receiving Mr Boles’ letter, because “rather than focussing on securing improvement you have sought to challenge the commissioner process and spent college funds on engaging lawyers”.

He added that the government has already provided £2m of exceptional financial support to the college, as a result of its poor financial management this year.

This led to the FE commissioner’s stocktake not being completed, for the first time in any college since the intervention process was established in 2013.

Being placed into administered status will now mean that a member of the Skills Funding Agency’s local team will observe all of the college’s board meetings and the college will be required to consult the SFA about any significant changes to its operations or finances.

Mr Halfon said: “In considering the college’s position my priority must be the needs of the young people and adult learners in Liverpool … Since 2011 around 100,000 students have studied at the college and the provision it has offered has not been good enough. This failure cannot be allowed to continue.”

Back in 2009 City of Liverpool College was inspected by Ofsted and was rated ‘outstanding’.

However, after the appointment of the current principal in 2011, it fell to ‘inadequate’ in 2013.

It moved up to ‘requires improvement’ after intervention from the commissioner and his advisers in 2013 and managed to maintain that grade through to its latest inspection in November 2015.

But in his letter Mr Halfon described City of Liverpool College’s financial problems as “severe”.

He highlighted that the commissioner’s assessment of the college in April indicated leadership members had not exercised adequate financial oversight, while the recent, incomplete stocktake found that the board had not properly managed the senior leaders or held them to account.

“Financial mismanagement is not simply a matter of hitting annual budgets, but of proper financial planning which enables the college to invest in outcomes and quality,” he said.

The college exited its previous FE Commissioner intervention in December 2014.

The intervention team is now set to conduct a full assessment of the college’s position in November, when the latest accounts become available.

Mr Halfon commented: “At that assessment I have asked the team to explicitly consider taking into account local stakeholder views of how the executive team and governing body can be strengthened. The assessment will both review recent progress, and consider the college’s longer term record.”

Responding to the minister’s decision to place the college into administered status, Mr Grieve said: “It is important to emphasise that this will not affect day-to-day operations or impact on students or the quality of the education they receive.

“We are disappointed in the government’s decision given the progress which has been made, especially when one considers our progress against the backdrop of an £8 million funding cut last year.”

He added: “The outcomes for our students continue to improve and we are now achieving parity with national rates for 16 to 18-year-olds and those aged 19 and over.

“The college is subject to the same funding pressures as many other public sector organisations but our financial situation is also improving and we are confident that we have the right plans and leadership team in place so that we can continue to play a key role in supporting the economic growth of the city region.”

City of Liverpool’s FE commissioner intervention report from August was one of four to be publicly released this week.