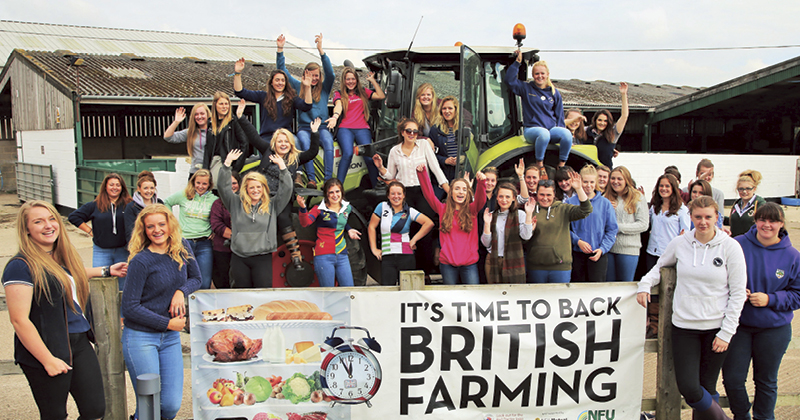 The future of farming is (slightly more) female, according to figures released from Hartpury College, which shows a record increase in the amount of female students signing up for land-based courses.

This September, 18 per cent of the college’s new agriculture intake were female, compared to just nine per cent at the same time last year – meaning there are now a total of 60 women studying agriculture at the college.

Hartpury College, located near Gloucester and Cheltenham, covers more than 360 hectares of land, and is currently top of the Department for Education league tables for its diploma courses, with 100 per cent of its agriculture students going on to secure employment.

Sixteen-year-old Tilly Heron who has just started the Level 3 Extended Diploma in Agriculture at Hartpury, said: “I’ve chosen farming because I love animals and I love the outdoor life. I could never do a job sitting behind a desk.

“Farming has traditionally been very male-orientated but I think there’s an exciting future for girls in the industry.”