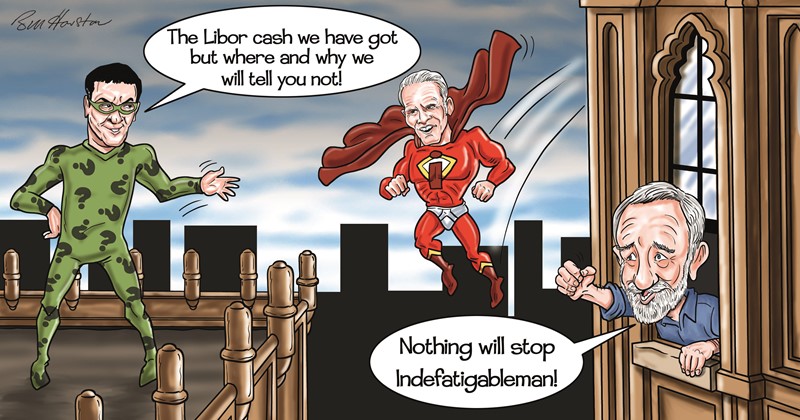 The “indefatigable” shadow minister for higher education, FE and skills has kept his post, following a Labour party reshuffle.

Gordon Marsden has held onto the role since September 2015, when he moved over from the transport department, and was praised by Jeremy Corbyn during an exclusive interview with FE Week back in February.

The Labour leader praised his “indefatigable skills at following things through”.

As his title suggests, Mr Marsden (pictured right) will continue to hold responsibility for shadowing both Robert Halfon, the apprenticeships and skills minister, and Jo Johnson, minister of state for universities, science, research and innovation.

It represents a vote of confidence as not everyone in Labour’s top team came out of the October 7 reshuffle so well – with chief whip, Dame Rosie Winterton, for example, being sacked from her post.

Mr Corbyn was moved to praise his shadow skills minister for his doggedness, during the FE Week interview, for his efforts to hold David Cameron to account over his promise to create an apprenticeship fund from Libor fines.

David Cameron pledged last April that if he won the election, his government would fund 50,000 apprenticeships and traineeships for unemployed 22 to 24-year-olds using a £200m pot from fines paid by bankers in the wake of the Libor scandal.

However, no further details about the proposed fund were revealed, leading Mr Marsden to repeatedly push for an explanation.

His continued presence in the shadow cabinet has been met with a warm and congratulatory response.

Shadow education secretary Angela Rayner tweeted that she was “extremely pleased” with the new shadow education team, while Kirstie Donnelly, managing director of City and Guilds, said she was “pleased to hear” that Mr Marsden had kept his role, adding that the FE sector “desperately requires stability”.

Other Twitter followers have described him as a “strong voice” with a “passion for social mobility”, who is “extremely passionate about skills and apprenticeships” and “understands the issues”.

On September 14, he hosted the launch of the campaign against devastating cuts to apprenticeship funding in committee room nine of the Houses of Parliament.

At the event, he warned listeners that the cuts – which could see funding for 16 to 18-year-olds in some of the most deprived areas of the country slashed by up to 50 per cent – are “an elephant trap in his [Mr Halfon’s] in-tray”.

“If this goes wrong, not only will ministers have egg on their faces, but faith in the whole new system they want us to take part in will be undermined,” he said.

Mr Marsden also attended a special rally in support of the campaign at the Labour Party conference in Liverpool on September 27.

Earlier in the month he wrote to Mr Halfon to express his concerns about the funding cuts, saying that the government’s proposals “offer a damaging lack of support for young apprentices and further weaken proposed attempts to widen participation”.