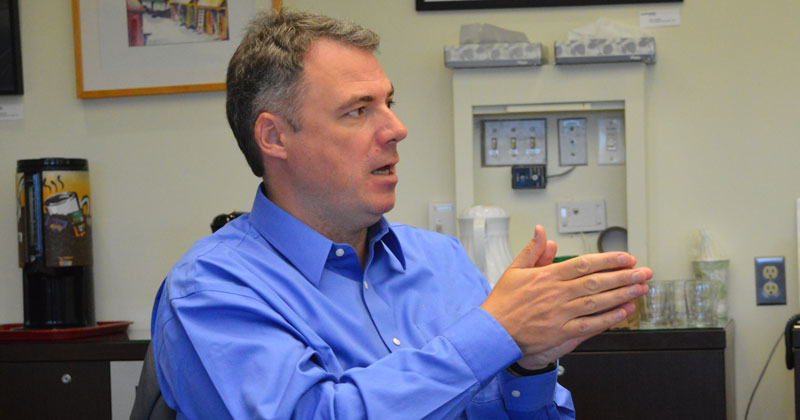 Brighton and Hove council wants to merge or close its small-school sixth forms, it has announced following a review of local post-16 education.

Its report calls for school and academy governing bodies to “consider the future financial viability of their sixth form provision” and develop a plan to increase numbers or merge with another school.

The review was launched last October so that school sixth forms and independent training providers could be fully considered in the larger Sussex-wide area review.

The council is “not ducking the difficult issue” of telling schools to increase their numbers, according to Tom Bewick (pictured), the managing director of consultancy firm New Work Skills, who chairs the council’s children, young people and skills committee.

He told FE Week that the council would tell schools to “either increase your numbers, justify your sixth form provision – or you should be considering getting out of it”.

The Association of Colleges last week announced it was launching a judicial review into the Department for Education’s decision to fund a new sixth form which won’t meet minimum student numbers – contravening its own rules.

The council is “not ducking the difficult issue”

According to Education Funding Agency allocations for 2015/16, Cardinal Newman had 453 students, Hove Park had 266, Blatchington Mill had 163, Portslade Aldridge had 129 – while Brighton Aldridge had just 50 students.

Despite this, Mr Bewick told FE Week he was “less concerned” about the two academies, which he described as being “on an upward curve”.

“I worry more about Hove Park and Blatchington Mill,” he said.

The report, which will be presented on Monday, found that the academies have been focused on increasing numbers to 550 across both schools by 2017, with the intake at Brighton Aldridge having already “increased significantly” for the current year.

Hove Park and Blatchington Mill started working together in September this year to offer a joint curriculum across both schools, with a target of at least 15 to 20 students per class.

Ashley Harrold, the head at Blatchington Mill, said he was “disappointed” that Mr Bewick had ignored this collaboration.

“Our sixth form is a caring and nurturing environment that offers a different route to FE and employment than other establishments in the local picture,” he said.

Rob Reed, Hove Park School’s head, said that planning for the partnership had begun before the local review started.

“We are sure that local residents would see it as a hugely backward step for their choices in this area to be significantly reduced,” he added.