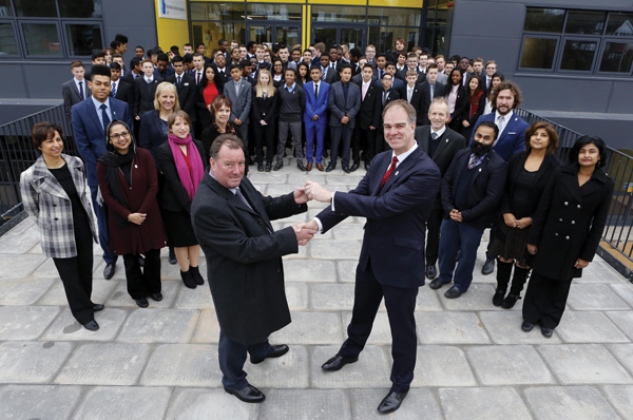 A financial notice to improve has been issued to The Heathrow Aviation Engineering University Technical College by the Education Funding Agency, due to an “apparent loss of financial control”.

The UTC, which opened in North London in September 2014, had failed to balance its budget and suffered with cash flow problems since 2015, according to a letter issued by the EFA on August 23 and published on the gov.uk website today.

Heathrow is the third UTC to receive a financial improvement notice this year, following Daventry UTC and Buckinghamshire UTC which were both issued with notices in May.

Mike Pettifer, director: academies and maintained schools group, highlighted in his letter to Heathrow UTC interim principal Barry Hersom that failing to set a balanced budget breached the UTC’s funding agreement, meaning that improvements in financial management, control and governance were necessary for it to stay in operation.

The EFA’s decision to issue the letter also triggered the cancellation of the UTC’s delegated authorities and meant all its transactions must go through the EFA for approval.

Delegated authorities may be returned to the UTC once the notice to improve has been satisfied.

The conditions of the notice include a revised three year financial recovery plan from 2016/17 to 2018/19; an external governance review; monthly management accounts; audited accounts for 2015/16; and proof of the qualifications held by the UTC’s accounting officer, chair of governors and chief financial officer.

Mr Pettifer wrote in the letter that the EFA “will monitor progress made towards meeting the requirements associated with this notice” and will “lift the notice when the requirements set out in the annex have been met”.

If the requirements are not met, the UTC could face having its funding agreement terminated.

According to the letter, Heathrow UTC has already engaged in “extensive discussions” with the EFA, and made some changes “to reduce expenditure”.

The challenges faced by Heathrow Aviation Engineering UTC come next in a long line of problems that have hit the 14-19 vocational institutions.

On September 7, the Department for Education confirmed that a UTC developed in partnership with Burton and South Derbyshire College would never open, despite the government spending more than £8m setting it up.

Many have since been forced to close, such as UTC Lancashire which said in a statement on May 3 that it would close for good just three years after it opened — due to difficulties in enrolling enough students “to secure future financial viability”.

Meanwhile Central Bedfordshire UTC had announced in March that it would close in August — after admitting it had not been able to attract “sufficient pupils”.

Heathrow Aviation Engineering UTC was unable to comment by the time of publication.