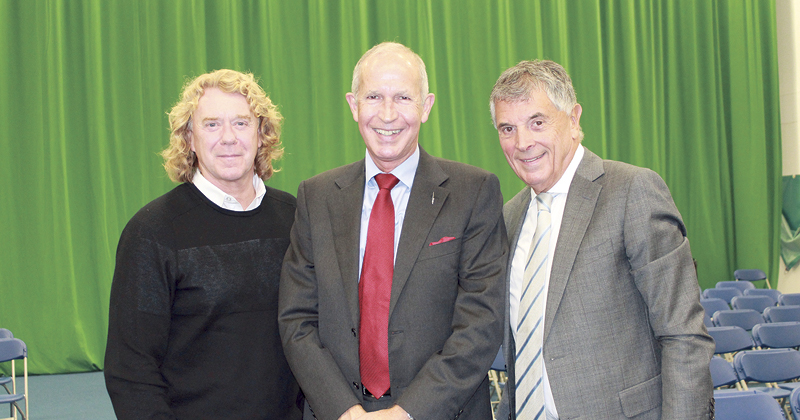 The pair also imparted valuable career advice, stressing the importance of being innovative, and not being afraid to put yourself forward.

Dein has been widely praised for bringing manager Arsene Wenger to Arsenal in 1996. During his reign, the club won numerous accolades, including the FA Cup five times.

Woodcock played for Arsenal in the 1980s and was the club’s top scorer for four seasons. He played professionally across England and Germany as a striker, and won the European Cup in 1979 with Nottingham Forest FC.

The talk was arranged through charity Speakers for Schools, who provide state secondary schools and colleges with talks from public figures, industry leading professionals and academics, free of charge.