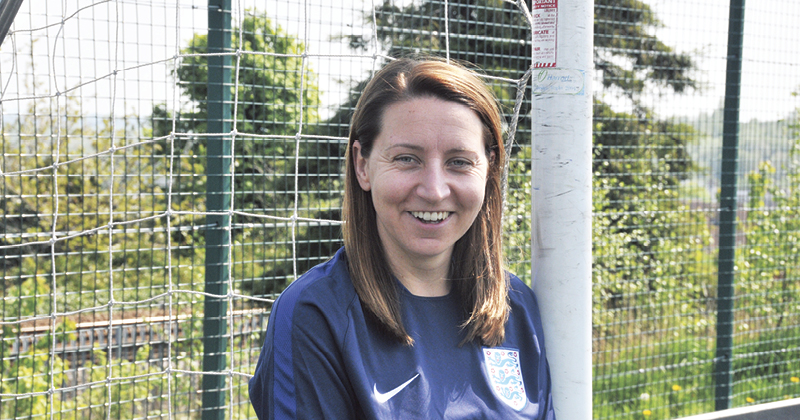 Former Barnsley College student Sally Needham is one of around 28 women in the UK to have earned a UEFA ‘A Licence’.

The accolade is one of the highest practical coaching licenses available, and is awarded to candidates with significant talent in coaching techniques and skill-building. Holding the licence means Sally can access top-level teams, leading to the UEFA Pro Licence or FA Academy Managers award.

Sally, who studied sports at Barnsley College, has forged a successful career for herself in football coaching. After studying sport science at university, she set up her own coaching business and has gone on to work for David Beckham’s academy in London and LA.

The Barnsley College alumnus has put her success down to the strong foundation in sports education she received from her tutors at the college.

Sally praised the college’s sports facilities and said: “My time at Barnsley College was really enjoyable, and the tutors gave me real confidence in progressing my career further.”

With her new licence, Sally now has the opportunity to travel with the England Deaf Football Team to national tournaments, and develop her practical and theoretical knowledge on a whole new scale.