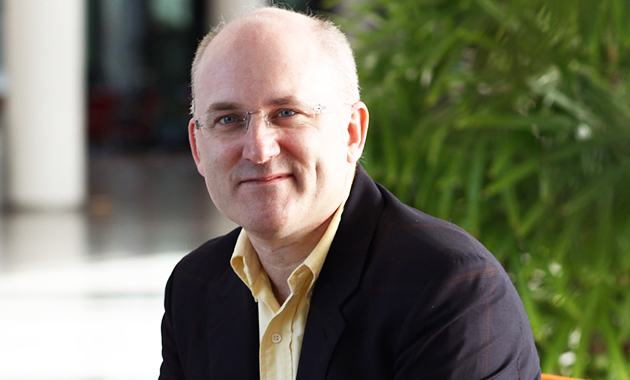 The 157 Group is set to rename and announce new ‘ambitions’ next month, less than a year after completing a strategic review.

It comes just 10 months after the group, which has over 30 college members, completed a strategic review which included six themes, such as “diversifying revenues” and responding to the “devolved skills agenda”.

The group’s planned new direction is said to be in response to the “evolving” technical and professional education  landscape in FE following the Government’s Post-16 Skills Plan published in July, but full details will not be revealed until October 19.

The group has already seen a significant shift in direction under its chief executive Ian Pretty (pictured), who took over from Dr Lynne Sedgmore last September.

In January, Mr Pretty told FE Week that he was of the view that there is “little to be gained from spending an awful lot of time on trying to affect a policy decision”, a big change from the membership body’s original purpose, which was created in 2006 after a recommendation in the Foster Review of Further Education the year before.

The name “157 Group” comes from paragraph 157 of the review which called for “a greater involvement of principals in national representation, in particular those from larger, successful colleges where management capacity and capability exists to release them for this work. There is a strong need for articulate FE college principals to be explaining the services they give to society and how colleges can make a significant contribution to the economy and to developing fulfilled citizens”.

Under Mr Pretty’s leadership, the group has taken on new members after previously restricting numbers. They have also moved away from claiming to represent only high quality colleges, allowing Ealing, Hammersmith and West London College to remain members despite it being hit with an inadequate Ofsted rating last December.