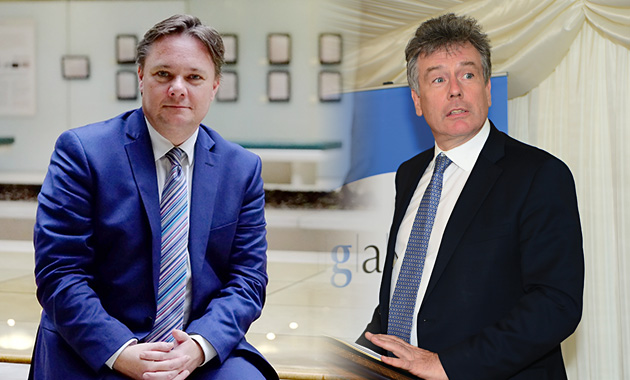 A parliamentary inquiry has been launched today into post-16 education and skills reviews.

The probe by the Education, Skills and the Economy Sub-Committee will look at their progress, effectiveness and impact on the FE sector.

It will also seek answers to why other providers, such as school sixth forms, are not directly involved.

The deadline for written submissions to the inquiry, announced this morning, is September 30.

It comes the day after FE Commissioner Sir David Collins revealed that 10 areas involved in the reviews had so far completed, including all of those in wave one.

Ian Wright MP [pictured above left], co-chair of the ESE sub-committee and chair of Business, Innovation and Skills committee, said: “We want to challenge and scrutinise the process of area reviews to ensure they improve the provision of post-16 education in every area.”

“The sub-committee’s inquiry will shine a light on the process, which could have wide reaching implications for the way both young people and adults are educated.”

The area reviews, first unveiled in July 2015, are intended to create financially viable, resilient and efficient institutions that meet their local area’s education and economic needs.

Wave one of the reviews was announced in September and October.

So far all the FE and sixth form colleges involved in the first three waves have been revealed, with indicative areas given for the fourth and fifth waves which are due to start later this year.

The reviews have faced criticism from sector leaders, including the Sixth Form Colleges’ Association, for not directly including other providers of post-16 education, such as school and academy sixth forms and independent training providers.

The process has also taken longer than was originally planned.

Guidance published by the Department for Business, Innovation and Skills at the start gave a typical timescale of three to four months for each review – but this was extended to four to six months when the guidance was updated in March.

Only one area from the first wave – Birmingham and Solihull – actually managed to complete in this timeframe, while another – Greater Manchester – took more than nine months.

FE Commissioner Sir David Collins told delegates at FE Week’s Area Review Summit at the Festival of Skills on Thursday (July 7) that all of the areas in wave one had completed as well as a number in wave two.

He acknowledged that the first wave had taken “a bit longer than we’d hoped” partly because it had included “the most complicated cases”.

His remarks echoed comments last month by Skills Minister Nick Boles, who told the audience at the Association of Employment and Learning Providers conference that the reviews had gone “surprisingly well”.