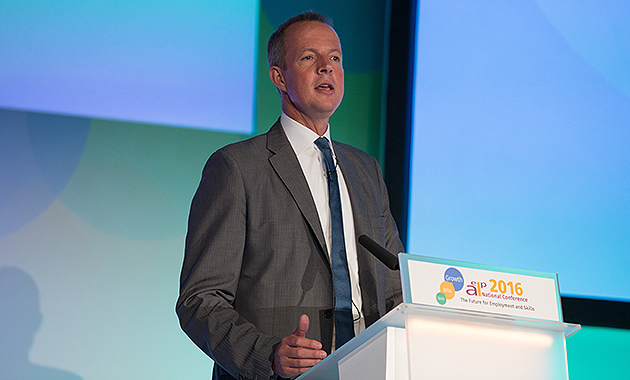 Skills Minister Nick Boles has admitted that a string of key apprenticeship reform announcements will be further delayed following Brexit.

The government was due to provide further funding information for apprenticeship reforms by the end of this month, with the long-awaited Sainsbury review report setting out new technical professional education (TPE) routes into work, and a subsequent skills white paper, also expected imminently.

But Mr Boles told the Association of Employment and Learning Providers (AELP) conference today there would be a “little delay” following the British public’s decision to leave the European Union – although they can be expected before the summer recess.

He said: “We should all continue to assume and work on the assumption that the apprenticeship levy is coming in, in the way planned as planned.

However, he added: “We had planned to be published further detailed information about the pricing of specific apprenticeship standards in the next few days. I’m sure you will understand that is now going to be a little delayed, but only a little we still expect to get that information out well before the summer break.”

It comes after FE Week reported on June 20 that the government was looking at slashing the amount smaller firms will have to pay towards the cost of apprenticeships training after the levy launch next April.

Employers of all sizes currently have to pay a third of training costs with the Skills Funding Agency agrees to covering the rest, under the pilot for new apprenticeships.

That means a £1 employer cash contribution returns £2 funding – up to a cap – for the relevant standard.

But FE Week has learned the government is looking at a making a much bigger contribution after April 2017 for employers not using their apprenticeship levy pot — either because their wage bill is too small to pay into it, or because it has run out.

For every £1 invested by such employers, we understand that the SFA will paying up to £9, according to plans set to be announced later this month.

“We will also be going ahead soon – I cannot give you a particular date, but again before the summer recess – with the publication of the Sainsbury review.

“We will be going ahead with publication of that and the government skills plan and that too will not change in any important respect as a result of recent events.”

The detail promised this month and now delayed was: