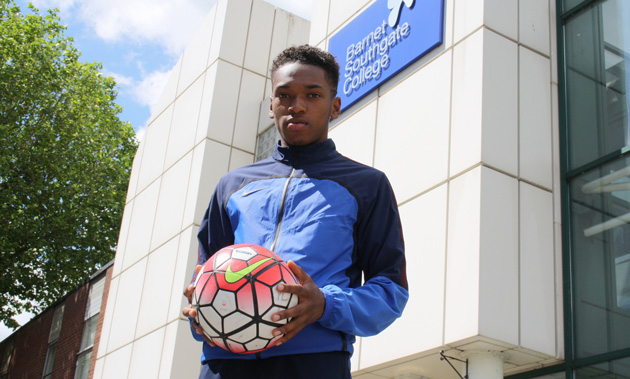 The boy who swaps bodies with football icon Cristiano Ronaldo in the new Nike TV advert is a student from Barnet and Southgate College.

Gerson Adao, 17, is studying a BTEC level two diploma in sport while also appearing daily on millions of TV screens across the world in the advert called “The Switch”.

He got the role after the sports department of the college was approached by a TV producer, who was a former student of Barnet and Southgate College.

They arranged to come along to one of the college’s football training days in search of a star for their client Nike.

Gerson said: “It was just a normal training day and I just went along with agreeing to be considered for the advert because some of my friends on the course were also going to, but the whole thing has been an amazing dream come true. My mum can’t believe it either.”

On the day of filming he got to meet Ronaldo himself, as well as players including Harry Kane, Joe Hart and Ross Barkley.

He’ll also receive tickets to the final of the Euro 2016 tournament in July.