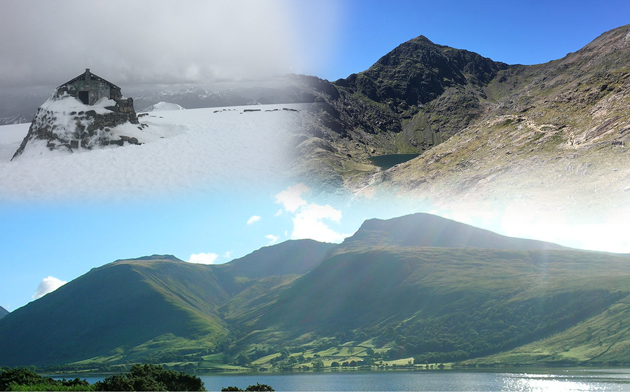 Four friends at Priestley College have tackled the Three Peaks Challenge to raise funds for one of them to spend a gap year teaching in Guyana.

Students Gregory Horne, Laura Nicholson and Charlotte Whittaker scaled the highest peaks in Britain — Ben Nevis, Scafell Pike, and Snowdon — along with Scott Kingsley who is hoping to teach in South America when he finishes his A-Levels. The four managed to complete the monumental challenge in two minutes under the 24 hours that people generally target — raising £1,000.

Scott, who studies chemistry, physics and maths, needed to raise £6,200 to cover the costs of his travel, accommodation, food and insurance for the trip.

The group’s efforts brought his total to nearly £4,000.

Scott said the trip to South America would be a “fantastic opportunity” to give something back to a community other than his own.

He added: “It will be the first time I will have to write a letter. I’ve been told there’s no phone signal or internet where I will be going so a letter is the best way to get a message home.”

You can donate to Scott’s bid at www.virginmoneygiving.com/scottkingsleyguyana.