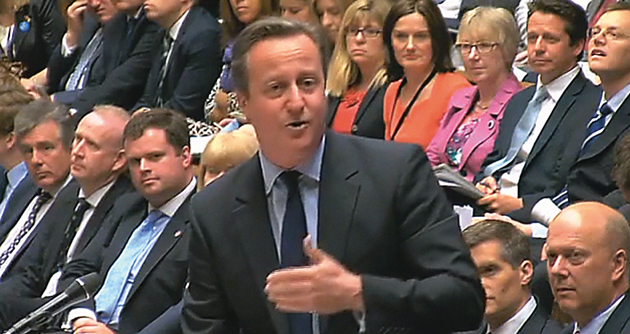 A decision to ban a Christian union from holding prayer and Bible study meetings at an unnamed FE college is “clearly ludicrous” – according to the prime minister himself.

A charity called Festive, which supports Christians in FE colleges, has complained that religious students at a college it declined to name were barred from celebrating their faith using the government’s anti-terrorist Prevent framework.

The issue was picked up in prime minister’s questions on Wednesday (June 8).

Fiona Bruce, the Conservative MP for Congleton, stood up in the House of Commons and told David Cameron that “a Christian union being banned from holding prayer and bible study meetings, purportedly on the grounds of Prevent” was “never the purpose of a strategy intended to address terrorism and extremism”.

Mr Cameron agreed that the action taken by the anonymous college was “clearly ludicrous”.

He said: “People do need to exercise some common sense in making these judgments, because it is quite clear that that is not what was intended.”

Smita Jamdar, a partner at legal firm Shakespeare Martineau, told FE Week that the PM had been unwise to pass judgement.

She said: “Based on Prevent, you cannot draw a line in the sand and say ‘no Christian group is ever going to fall foul of this’.

“For him to say ‘it’s clearly ludicrous’ perhaps just says more about his subconscious biases than it does about a measured and thoughtful response to the guidance his government has issued.”

She added that though the Prevent strategy was widely interpreted as relating mostly to Islamic radicalisation, it also addressed other types of extremism.

The focus of Prevent, she said, was on promoting British values, with extremism defined as anything that might compromise factors such as democracy, the rule of law, individual liberty, or a mutual respect and tolerance of different faiths and beliefs.

However, she added, further and higher education institutions also had an inherent duty to ensure free speech.

She said: “They have to balance it. Just because a view is extreme, that shouldn’t automatically mean it’s banned. They must look at it closely and say ‘do we feel that this is going to lead to people being drawn into terrorism?’”

The government released Prevent guidance specifically aimed at FE a year ago, which stated: “There is an important role for FE institutions … in helping prevent people being drawn into terrorism, which includes not just violent extremism but also non-violent extremism.”

The actions of the college, originally reported on by The Times on June 5, allegedly followed a similar incident in which a Christian union at a sixth form college was recently told it could no longer use the premises and had to meet at a nearby coffee shop instead.

Selina Stewart, the lead Prevent associate for the Education and Training Foundation, told FE Week: “Neither the Prevent duty guidance document nor the Ofsted guidance stops colleges from having religious societies which serve any religious faith.

“As with any activity within a college, the institution must be satisfied that any society complies with all provider policies and procedures and participants in any society are safeguarded effectively.”

The Department for Business, Innovation and Skills declined to comment further.