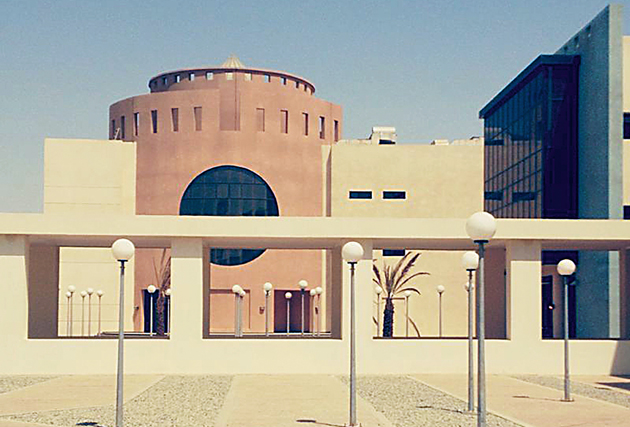 A row has broken out between the chair of the North East Surrey College of Technology (Nescot) FE Corporation and Sunaina Mann, who last week stood down as Nescot’s principal.

In May, FE Week reported that Ms Mann’s husband had been paid almost £200,000 through a contract with Nescot’s controversial Saudi Arabian partner, the Jeddah Female College, a state of affairs of which Nescot’s board of governors was reportedly unaware for 18 months.

A spokesperson for Nescot told FE Week that the college governors were not made aware of the arrangements with Ms Mann’s husband at the time, though Ms Mann has disputed this, claiming that it had been the “duty” of David Round, formerly clerk to the corporation at Nescot, to “ensure that the corporation was fully informed”.

However, Nescot’s chair Professor Mark Hunt has confirmed to FE Week that the college fully supports Mr Round.

Professor Hunt told FE Week: “We do not wish to get drawn into the details of what has been asserted save that we would take this opportunity to make it clear that David Round has our full support.”

He also commented on Ms Mann’s decision to respond to an email he had sent to all staff at the organisation on June 2, breaking the news of her resignation, in which she said she felt there had been “a serious failure by the college” to support her.

In the email, she said she would be continuing at the Jeddah College – a fact which was subsequently confirmed to FE Week by Highbury College and Burton and South Derbyshire College, which both have a 20 per cent stake in the Nescot Consortium.

Professor Hunt told FE Week: “We are disappointed that Sunaina sent a statement to staff in the terms she did last week. Nescot has chosen not to comment on the internal processes that preceded her decision and that remains our current position.

“NBS [Nescot Business Services] is the group entity through which we have an interest in NCL [Nescot Consortium Limited]. We can clarify that Sunaina has been removed as the representative of NBS in relation to the Jeddah College.

“We are, of course, also aware of the article in FE Week last Friday and the assertions made by Sunaina in relation to her husband, Jaswinder Mann’s, contract with NCL.”

She said: “I am surprised and disappointed that Nescot should have issued a press statement.

“Their justification for previously saying nothing in the press, in the face of the untrue allegations concerning the appointment of my husband was that they did not wish to feed the media story.

“The fact that they reference ‘what has been asserted’ by me, but do not corroborate it, is astonishing bearing in mind that the chairman of Nescot was written to by the Chairman of NCL reiterating the situation fully in March 2016.

“That letter reconfirmed that the appointment was a decision of the board of NCL and that I had no involvement in it whatsoever. I note that they do not any longer contend lack of knowledge concerning the appointment.

“The fact that the board has gone out of its way to show support for David Round is in stark contrast with the way in which I have been treated and only confirms that I was right to treat myself as dismissed.

“Mr Round’s duty as clerk to the corporation of Nescot, company secretary to NBS and NCL is to ensure that the corporation was fully informed of all relevant matters and disclosures made known to him.

“I continue to work at the college in Jeddah. I have no desire to be, and nor have I ever suggested that I am, a representative of NBS.”