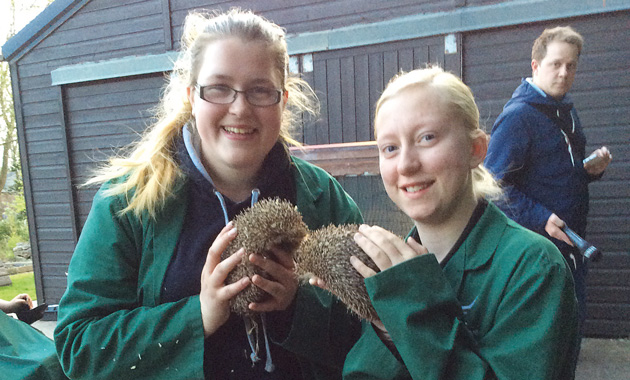 Animal care students at Derby College have successfully released two hedgehogs back into the wild, having spent the winter looking after them.

The hedgehogs, named Apollo and Barry, were found locally last autumn and were too small and undernourished to hibernate.

They were taken in by the college’s animal care department and students kept them well fed over the winter months.

The two recently spent two weeks in an outdoor pen to acclimatise, and were then released into the grounds at the college’s Broomfield Hall campus.

A third rescued hedgehog, Zeus, was due to join them but died in his sleep a week before release.

Animal care lecturer Abby Bruce said: “The learners have been monitoring their behaviour during the gradual process of reacclimatising them, and we will be leaving food out over the summer.

“Apollo and Barry are now at a good weight so should survive well in the wild.”