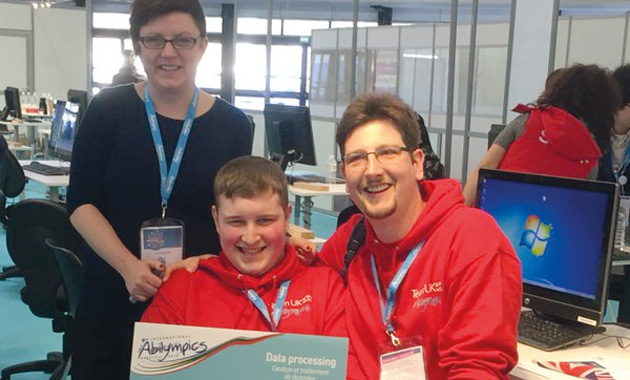 A computer whizz from New College Durham has shown he is one of the best in the world after competing at the Abilympics — an international competition for people with disabilities.

Ben Joyce, one of only two competitors from the UK, demonstrated his skills in data processing against entrants from 45 different countries, achieving sixth place, and second in Europe.

The 17-year-old, who is studying vocational access level one ICT and suffers from autism, bagged a place in the competition after winning gold at the UK final of WorldSkills in Birmingham.

He said: “This was a fantastic opportunity to represent the UK at the Abilympics. It was not easy but I am glad I was able to compete. The support I have had from college has been amazing.”

John Widdowson, principal of New College Durham, said: “Ben has been a great representative of both his country and his college. He has shown what can be done with hard work and enthusiasm, competing with the best in the world in this field.”

This was the first time the UK had entered the Abilympics. The other competitor was 16-year-old Simon Davies, from Coleg Sir Gâr, in Wales, who finished tenth in cabinet making.