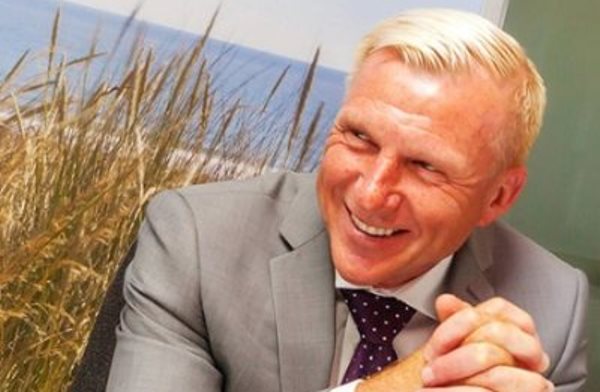 A former chief executive of Stoke-on-Trent City Council, who reportedly received a £230,000 voluntary redundancy pay-off from the local authority just six months ago, has been appointed to lead two merging colleges.

It is understood the new institution will be called Nottingham College.

A spokesperson confirmed today that the announcement of Mr Laarschot’s appointment had been made to staff and students at both merging colleges, but added the “legal contractual process” was ongoing.

This followed an ‘Extraordinary City Council Meeting’ on November 11 to discuss the “extended leave arrangements that had reportedly been sanctioned for the council’s chief executive”, according to council minutes.

His departure stirred controversy at the time, as he reportedly received a £230,000 pay off.

FE Week asked leader of Stoke-on-Trent City Council David Conway if the council would expect Mr van de Laarschot to repay this, now he was taking up a new position in the public sector — but he was unable to respond by the time of publication.

In July 2015, FE Week reported that governors at both the Nottingham colleges had voted to merge, following a review of FE provision in the city by commissioner David Collins.

Dr Collins launched the review in May following recent grade three Ofsted inspection results for both colleges and financial difficulties which led to a £12m rescue package from the Skills Funding Agency so NCN could complete a campus revamp.

The result of the merger will be one 40,000-learner “Nottingham College” in the heart of the city, with a new £60m skills hub reportedly planned for land near the Broadmarsh Centre off Canal Street set to be the home of the new establishment.

NCN was rated as grade two by Ofsted in January this year, while CCN received a grade two in February.

FE Week contacted Mr van de Laarschot for comment on his new position, but received no response ahead of publication.