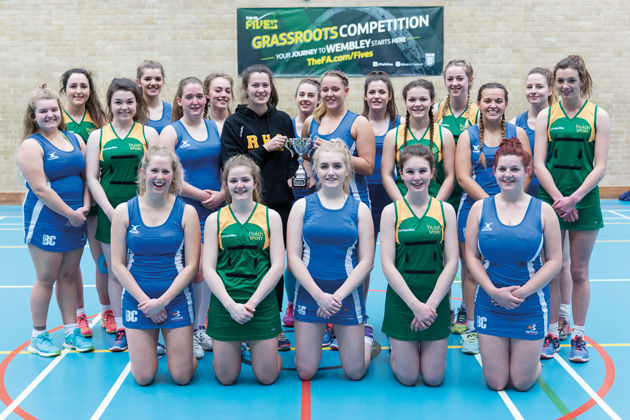 An inaugural cup competition between Bridgwater College and Richard Huish College, set up in memory of a staff member who died last year, has raised nearly £500 for Bloodwise UK.

The Luke Buckingham Varsity Cup between the two colleges in Taunton was contested over the best of three sporting fixtures in netball, basketball and football.

The tournament was established in remembrance of Luke Buckingham, creator of Team BC Sport at Bridgwater College who died in October 2015.

Huish took the netball crown, beating Bridgwater 26-44, followed by an “epic” game of basketball where Team BC won 71-67 leaving the Varsity Cup all-square at 1-1.

The final fixture, football, went down to a winner-takes-all game under the floodlights at Bridgwater Town FC.

And it was Huish who sealed victory with a 3-1 win on the night to claim the Varsity Cup.

Sam Reilly, head of sports, outdoor education and public services at Bridgwater College said: “The standard of sports and the excitement of the day was outstanding and made a fitting spectacle for the Luke Buckingham Varsity Cup.”

Main pic: The netball teams from Bridgwater College (blue kit) and Richard Huish College after their match in the Luke Buckingham Varsity Cup