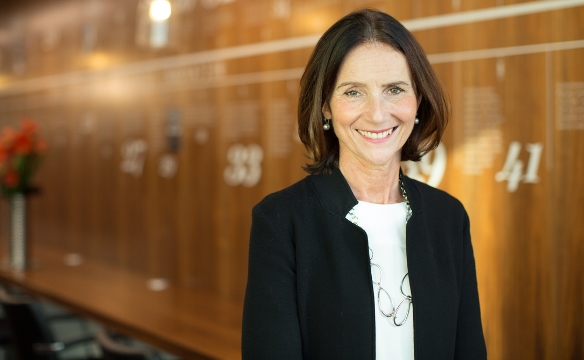 The director general of the Confederation of British Industry (CBI) wants the April next year launch date for the apprenticeship levy to be delayed unless the government backs down on its phased implementation plan, FE Week can reveal.

Carolyn Fairbairn said in an exclusive interview that the CBI was concerned about “a large number of unanswered questions” and risks associated with implementing a “half-finished system”.

She will raise concerns about the “extraordinarily tight timeframe” and call for a “radical rethink”,  in a speech to business leaders in the City of London today (April 28).

A spokesperson said she will stress that “the digital system which manages levy spend must be ready and able to support the delivery of apprenticeship training which businesses need, in full and from the start”.

This goes against updated government guidance on how it will work, which revealed plans for phased delivery — with the system not intended to be fully operational until 2020, as reported by FE Week reported on April 21.

When asked yesterday whether it meant the CBI wanted the launch pushed back, Ms Fairbairn would initially only say that “delay is certainly an option”.

But she subsequently accepted concern that it would be almost impossible for the government to have a fully fledged system in place within 11 months, and added: “If that is the case then we think there’s really no option but to have a delay, absolutely right”.

Ms Fairbairn also told FE Week the CBI wanted a stronger role for the new Institute for Apprenticeships (IfA), including measuring and managing the system around the levy.

“What isn’t happening [at the moment] is the involvement of the institute in the designing of the standards and the leading of the process,” she said.

“One of the things we are calling for here, is for the institute to be involved in the setting of measures that are about outcomes rather than just about number of starts.”

Ms Fairbairn said the target of 3m new apprenticeship starts by 2020 was a positive ambition for the government, but the progress of the learners must not be overlooked.

Ms Fairbairn said without this, the mass recruitment drive risked the “unintended consequence of driving quantity over quality”.

Ms Fairbairn’s speech will also call for more flexibility in how firms can spend the levy, including on existing training.

The CBI intends to push for an “allowable expenses” regime, which would let firms recover the cost of staff time and capital investment.

“They’re now having to pay 0.5 per cent of pay roll and they can only claim back a small part of their current apprenticeship spend,” she told FE Week.

In response, Skills Minister Nick Boles said: “The apprenticeship levy will deliver the highly skilled workers our businesses are crying out for.

“Our reforms are about putting employers in the driving seat.

“We are working closely with businesses to determine how the levy will work for them and are giving employers the freedom to purchase the apprenticeship training that best meets their needs.

“We will also be working with businesses in the coming months on the development of the independent, employer-led IfA that will ensure employers are at the heart of driving up the quality of apprenticeship training.”