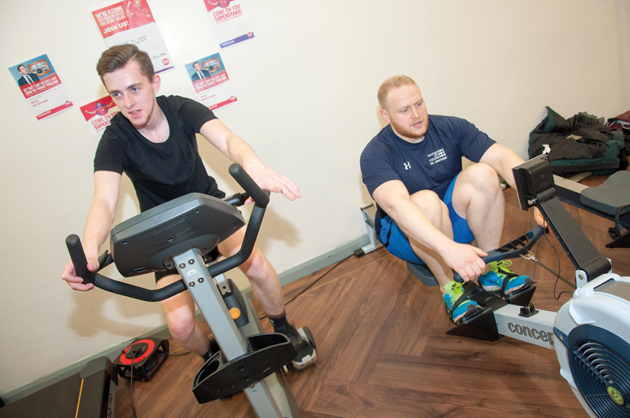 Sport students from Salford City College pushed themselves to the limit in a ‘coast-to-coast’ challenge to raise money for Sport Relief.

The event, which formed part of the second year BTec sport unit, challenged students to cycle across the narrowest part of England, from Workington in Cumbria, to the coast near Newcastle.

In total the students covered 140 miles in just six hours, using equipment from the college gym.

They used two rowing machines, an exercise bike, and a treadmill, working in a relay along with various staff members.

The students, who raised almost £150, had already found sponsors for their participation, and took it in turns to measure the number kilometres covered.

Sport lecturer Richard Lee said: “Not only did we raise a lot of money for this worthy charity, the teams who ran the event did themselves proud.

“In particular, students Ainsley Allen and Nikita Stirrup, who were there from the very start to the very end counting the kilometres and tracking the progress of those taking part.”