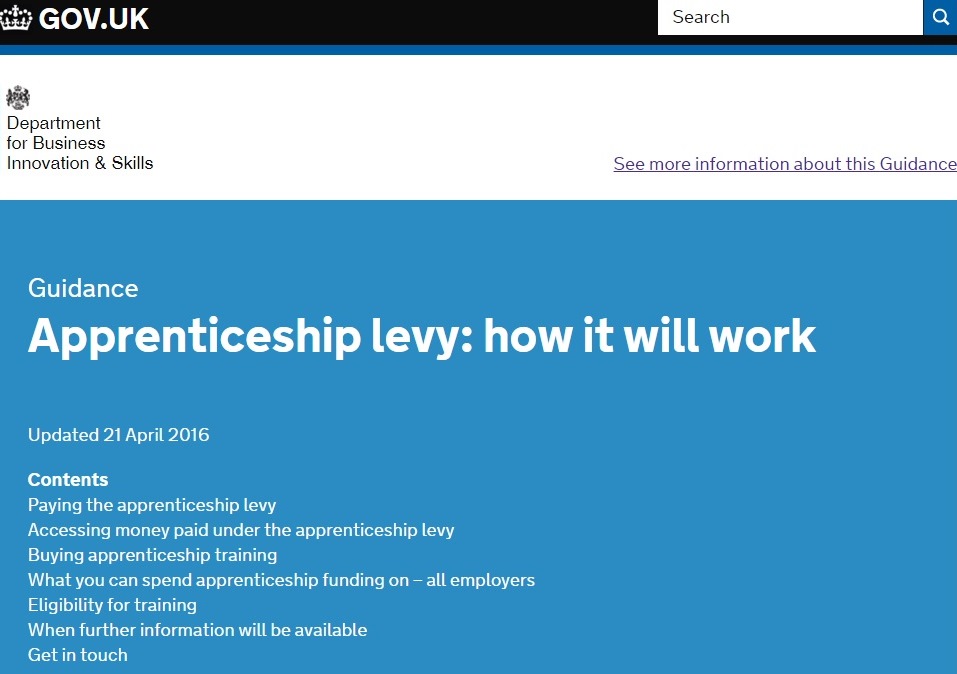 The government has today announced the employer time limit on using their levy funds, due for introduction in April 2017.

The news came in an updated guide to the apprenticeship levy and “how it will work” web page, published this afternoon.

An apprenticeship levy operating guide for employers, to be published in April, had been promised in last month’s budget.

The latest version of the guidance stated: “Funds will expire 18 months after they enter your digital account unless you spend them on apprenticeship training,”.

It continued: “Whenever a payment is taken from your digital account it will automatically use the funds that entered your account first. This will minimise the amount of expired funds.”

The apprenticeship levy, first announced by the government in July, is set at 0.5 per cent of an employer’s paybill.

As outlined in the new guidance, all employers will receive a £15,000 allowance to offset against the levy. This means that only businesses with a paybill of more than £3m – about 2 per cent of employers – will actually pay the levy.

The money raised by the apprenticeship levy will be ring-fenced, so it can only be spent on training apprentices.

All levy-paying companies will receive a 10 per cent top up on their monthly levy contributions, the government announced in the budget last month.

Nadhim Zahawi, the co-chair of the apprenticeship delivery board and the Prime Minister’s apprenticeship adviser, revealed at the same conference that only levy paying businesses would have access to the DAS when it launches in April 2017.

Also speaking at the AAC, Iain Wright MP, chair of the Business, Innovation and Skills select committee, said that he didn’t see a “hope in hell” of the government’s hitting its 3m apprenticeships target.

He also criticised the government’s plans to make further announcements on the levy later in the year: “Further work will be outlined in April and further details in June. They are making this up as they go along!”

For more analysis see the next edition of FE Week