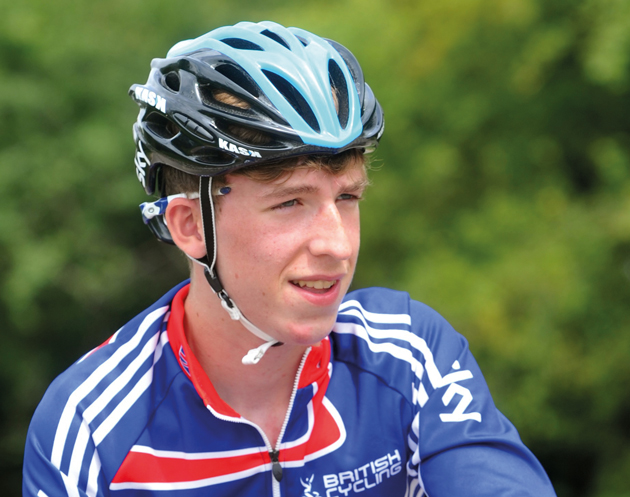 A Cambridge Regional College student has won his first gold medal and set a new world record as part of Great Britain’s winning sprint team in the World Track Para-cycling Championships in Italy.

Level three sports studies learner Louis Rolfe, who has cerebral palsy and hydrocephalus, was drafted in as a late replacement but rose to the challenge to take the title alongside his teammates Jon Allan Butterworth and Jody Cundy.

After qualifying as the fastest team in the morning session, they went up against China in the afternoon’s final, and won in style, setting a new world record time of 49.268 seconds in the mixed team sprint event.

After taking home gold, Louis, aged 18, said: “I’m pretty happy although it hasn’t really sunk in yet — but I suppose in a few weeks’ time when I reflect on what I’ve done here, it will.

“I was expecting to get a high positioning, but never in a million years did I expect to get a medal, so I’m really chuffed.”