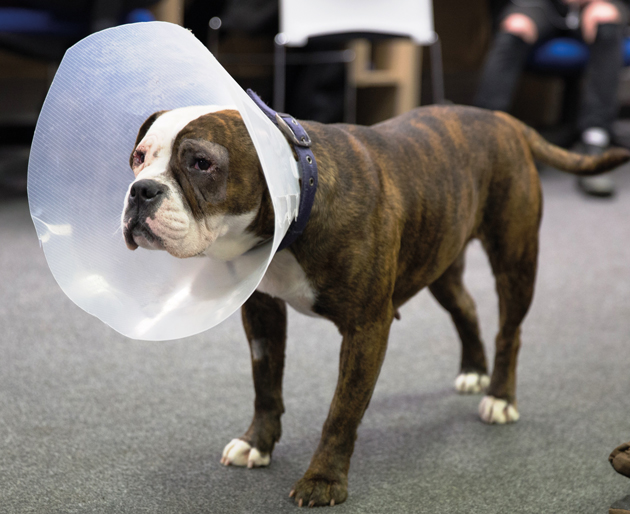 Caring animal management students at North Lindsey College raised more than £800 to pay for the treatment of an abandoned dog.

The students named the Victorian bulldog Lucky (pictured) after it was found dumped in woods in Harrogate.

Lucky had some bad injuries including a prolapsed uterus and was taken straight to the vets to undergo emergency surgery.

The money for the operation was raised by the students through crowdfunding on Just Giving.

Lucky is now being looked after in a temporary home with animal management curriculum leader Laura Johnston.

Ms Johnston, who often brings Lucky to the college with her, said: “Lucky would have had major problems and probably lost her eyesight without the surgery. She enjoys being at the college with students and has helped in a variety of lessons.”