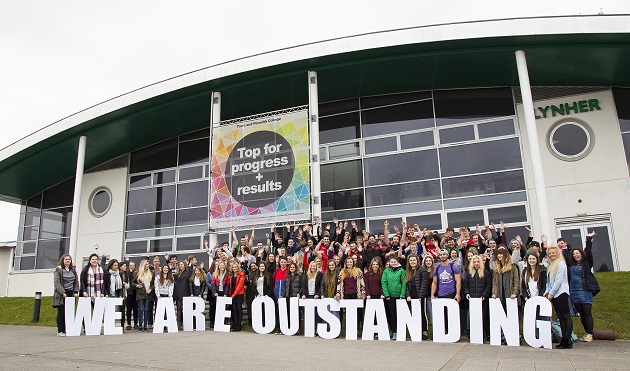 A college in Cornwall has become the first to be rated ‘outstanding’ by Ofsted since the introduction of the Common Inspection Framework (CIF) in September.

The education watchdog’s report on Truro and Penwith College (TPC), published today, was full of praise for the college, rating it grade one ‘outstanding’ overall.

Ofsted returned the highest possible rating for six headline fields, including leadership and management, quality of teaching, learning and assessment, outcomes for learners, and 16 to 19 study programmes.

It was the first outstanding Ofsted report for a college since the new CIF was launched seven months ago.

“Learners enjoy great success because of the ethos of aspiration and achievement that pervades the college,” the report continued.

This comes just a few days after FE Week published a full breakdown of all general FE college inspections since the CIF was launched in Edition 169.

It showed that of the 51 published inspections since September, 39 (76 per cent) were full, with three colleges losing their grade one and none of the remaining 48 gaining a grade one.

From the full inspections, there were 15 grade two, 15 grade three and nine grade four overall results.

The report on Truro and Penwith also said that its “curriculum is broad and accessible”.

Teaching for these learners was “often inspirational”, and “learners enjoy their lessons”.

Safeguarding arrangements at the college were said to be “effective”, with the result that “learners are safe and feel safe”.

Support for learners with high needs was “very well planned and highly effective”, the report added.

Provision for adult learners and apprenticeships were the only areas where inspectors found improvements could be made — although both were rated as ‘good’.

One of the keys to the college’s success was a “really close focus on teaching and learning”, Mr Walrond said.

“Although we’re very strong financially and we are a very successful business, we understand the limits of the business metaphor.

“All of us are very operationally engaged in management – and that includes senior management. Nobody is allowed to lock themselves in a room doing strategy,” he told FE Week.

“If you go a long time without inspection, a good college will actually say, we’ve got to impose this discipline ourselves. We’ve got to make the rigour of an Ofsted inspection part of our practice and our process as well,” he added.

This was the first time the college, which has 6,500 learners, had been inspected since it was formed from the merger of Truro College and Penwith College in 2008.

Truro College was last inspected in November 2006, when it received an outstanding grade across the board.

Penwith College was branded inadequate in November 2006, but a subsequent inspection in January 2008 found it had improved to ‘satisfactory’.