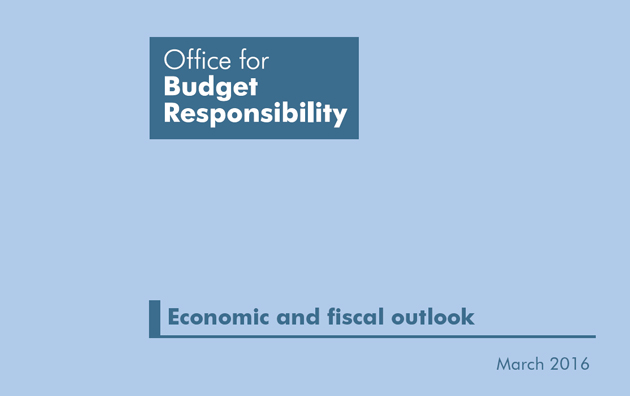 The amount of money the apprenticeship levy is expected to raise has already fallen by £100m for each year up to 2020/21, FE Week can reveal.

The latest OBR figures (pictured), published last month, showed that the figures for each year had been revised down by £100m.

Levy funding is raised from a tax on PAYE and the reduction directly relates to the OBR’s revised figures on earnings g rowth. A Treasury spokesperson confirmed that the OBR’s latest projections reflected the OBR’s revised earnings and employment forecasts.

The £3bn levy pot in 2019/20 was to be split with £2.5bn going to apprenticeships in England, while the remaining £500m would go to the devolved nations.

Despite the subsequent projected £100m reduction, the Treasury said the £2.5bn apprenticeship pot for England would remain unchanged.

On the question of whether this meant the Scotland, Wales and Northern Ireland pot would be reduced to £400m, the Treasury spokesperson said they would be given “their fair share of the levy” and that discussions were still ongoing.

The apprenticeship levy, first announced by the government in July, is due to be introduced in April 2017 and set at 0.5 per cent of an employer’s paybill. Only businesses with a paybill of more than £3m – about 2 per cent of employers – will actually pay the levy.

The money raised by the apprenticeship levy will be ring-fenced, so it can only be spent on training apprentices. All levy-paying companies will receive a 10 per cent top up on their monthly levy contributions, the government announced in the budget last month.

Companies will access their levy money via a digital account, through which they will be able to choose their apprenticeships and training providers, and pay for training and assessment.

Sue Husband, director of apprenticeships and delivery service at the Skills Funding Agency, also confirmed at the conference that non-levy paying companies would still have access to government funding for apprenticeships.