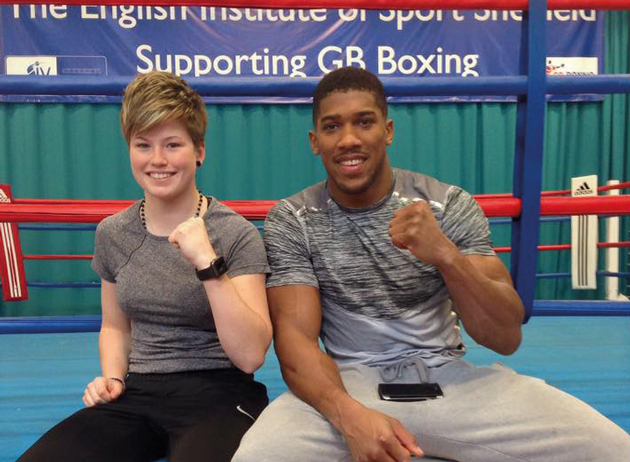 Seventeen-year-old Natalie Craig attended the event at the English Institute of Sport (EIS), in Sheffield, with other members of the national female boxing team.

A highlight was meeting 2012 Olympic super heavyweight champion and now professional world heavyweight title challenger, Anthony Joshua, who was training at the EIS before his IBF World title contest against Charles Martin later this month.

Natalie, who studies level three public services at SGS, said: “I am exhausted but had a great time. I learned so much and look forward to hopefully competing for England soon.”

SGS head of boxing Craig Turner, who was one of the coaches on the day, said: “It was an honour to coach the team and see the wealth of female talent our nation has.”