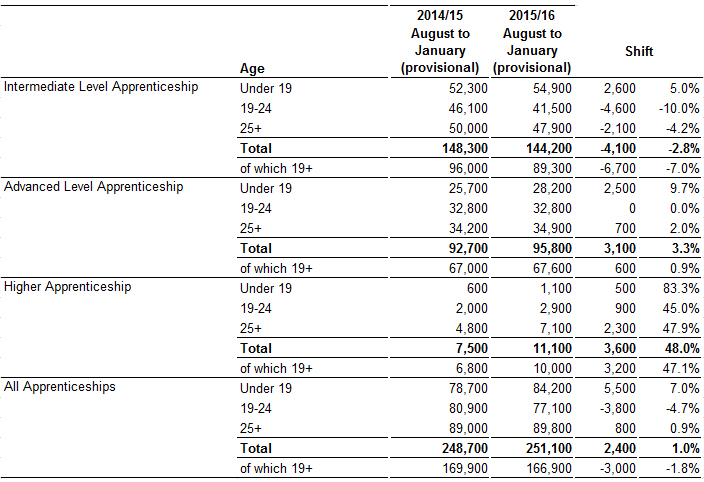 The number of new 16-18 apprenticeship starts has continued to rise although the level of new starters in adult provision has fallen, according to new provisional Skills Funding Agency statistics.

Statistical First Release data published today for the first two quarters of 2015/16 show the overall number of new starts is up by 2,400 to 251,100 – a 1 per cent increase on last year’s figures.

A government response to the figures focused on a “dramatic increase” in the number of higher apprenticeships, which rose to 11,100 starts (4.4% of all starts) compared to 7,500 (3% of all starts) for the same period last year.

“Apprenticeships and traineeships are creating the highly skilled workforce our employers and economy need. We are well on our way to creating 3 million apprenticeships by 2020.”