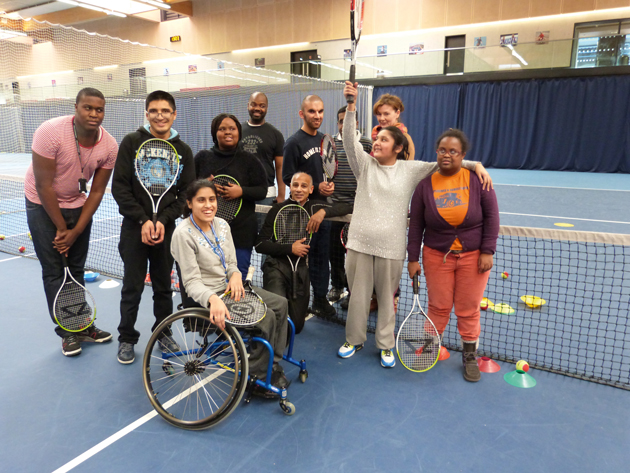 Students with learning disabilities at Waltham Forest College are following in the footsteps of champions like Andy Murray by learning to play tennis in the Queen Elizabeth Olympic Park.

Around 40 students on the college’s Life Skills programme are taking part in the six-week scheme of tennis lessons on the indoor courts at the Lee Valley Hockey and Tennis Centre, in London.

The learners suffer from a range of learning disabilities, including Down’s syndrome, autism, cerebral palsy, dyslexia and dyspraxia.

Their coach, David Vellala, believes some of them have the talent to become medal winners in the Special Olympics World Games, held every two years for athletes with intellectual disabilities.

He said: “There are a growing number of tennis competitions for adults with intellectual disabilities and some of these students have the ability to do well in these.