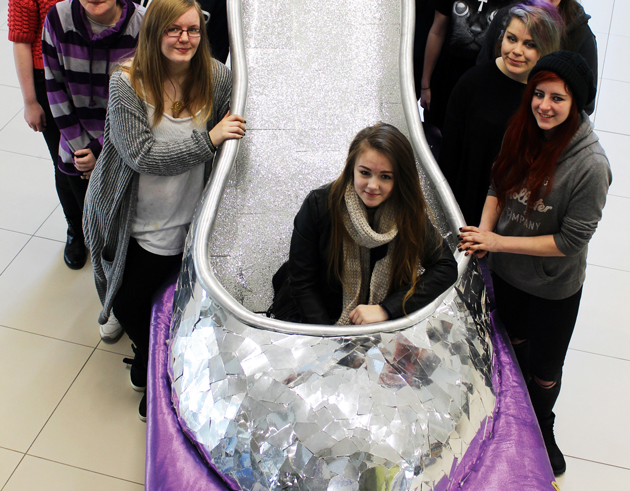 A stunning large scale silver and glass slipper produced by Northbrook theatre students has been installed as a permanent feature at the college.

Cinderella’s slipper was created by the learners before Christmas as part of a fairy tale project commissioned and funded by local acting company, Worthing Theatres.

It was originally used as an eye-catching display for local shoppers at Worthing Assembly Hall during the holidays before being wheeled out to the high street to publicise the theatre’s production of Cinderella at the Pavilion Theatre.

Sadie Anderson, course leader for theatre production arts, said: “The students who worked on the shoe are rightly very proud and it has been a valuable experience for all involved.”

It has now been installed as a permanent feature at the college to advertise theatre production courses.