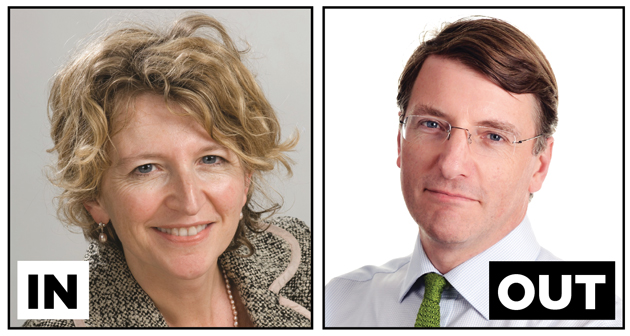 The first appointment to the new Institute for Apprenticeships (IfA) has been made in the same week that the fate of the UK Commission for Employment and Skills (UKCES) was revealed.

Rachel Sandby-Thomas, currently director general for skills, deregulation and local growth at the Department for Business, Innovation and Skills (BIS), was named as the shadow chief executive of the IfA on March 8.

Sir Charlie Mayfield, UKCES chair, wrote to stakeholders on March 7 to outline what would happen to several of its key functions, including the Employer Skills Survey and national occupational standards (NOS).

Ms Sandby-Thomas, who will take up her new role at the IfA on April 4, said: “I’m very excited to be appointed. Over the next year we’ll be working to ensure the organisation is ready to launch in April 2017.”

BIS Permanent Secretary Martin Donnelly said: “Building on her in-depth knowledge of the apprenticeship programme as DG for skills, Rachel will play a major role in establishing the IfA, which is due to launch in April 2017 and be an essential part of ensuring the quality of apprenticeships in support of the Government’s target of delivering 3m apprentices by 2020.”

The creation of the IfA, which will help police employers as apprenticeship reforms take effect, was announced as part of the government’s spending review and autumn statement, at the same time as it was revealed that the UKCES would have its funding cut.

At the time, a spokesperson for the Treasury told FE Week the UKCES would be “ceasing” from 2016/17, due to the creation of the new Institute for Apprenticeships.

In his letter, Sir Charlie said the UKCES was working with BIS and others in government “to review our functions to see how they can be brought to a close, or continued via other routes”.

He confirmed that the Employer Skills Survey (ESS) would continue, but managed by BIS.

There had been question marks over the future of the ESS, with comments from Skills Minister Nick Boles suggesting that responsibility for gathering labour market information could fall to local enterprise partnerships (LEPs).

The future of the NOS is “still under discussion”, Sir Charlie wrote, adding that he was “hopeful it will be continued via the devolved administrations”.

“BIS have concluded that they do not consider NOS as a mandatory requirement in England although employers may wish to use them if they so choose,” Sir Charlie wrote.

According to the UKCES, NOS are developed “for employers by employers through the relevant Sector Skills Council or Standards Setting Organisation” and are “statements of the standards of performance individuals must achieve when carrying out functions in the workplace, together with specifications of the underpinning knowledge and understanding”.

As reported in FE Week in December, Nigel Whitehead, a UKCES commissioner, warned that the government was in danger of bypassing NOS in the development of Trailblazer apprenticeship standards.

“Employers are free to refer to national occupational standards to support the development of their Trailblazer apprenticeships — most have chosen to do something different,” said a BIS spokesperson.