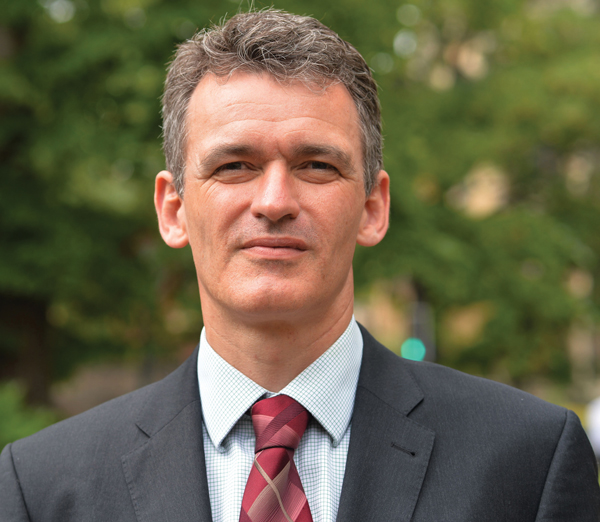 Former chief executive of awarding organisation OCR Mark Dawe has been appointed as the new boss of the Association of Employment and Learning Providers (AELP).

He will take over from the outgoing chief executive Stewart Segal, who is joining independent learning provider Aspire, Achieve, Advance as director of strategy, policy and funding.

Mr Dawe, who left OCR in September last year after leading the company for five years, will start with AELP on Monday (March 14) and shadow Mr Segal until after the Easter bank holiday, when he will take full control.

When asked what his priorities would be, he told FE Week: “It is pretty clear that the levy and [3m] apprenticeship target and traineeships are at the heart of what the government wants and AELP members are keen to deliver that so that has to be the focus.

“I would say one of the biggest jobs for me in the next 12 months for the members is engaging with those employers, explaining the situation and helping them with our members deliver the apprenticeships.”

AELP has a mix of 770 members from independent, private, not-for-profit and voluntary sector training and employment services organisations.

Membership is also open to FE colleges, 40 of which are already members.

As a former principal of Hertfordshire’s Oaklands College — one of the first college members at AELP — Mr Dawe said: “For me if you are looking to deliver apprenticeships and traineeships, it is worth being a member of AELP, including colleges. We’re there to promote that offer and support providers in doing it.”

Mr Dawe said he was joining at a “very exciting” time “because for a long time AELP wanted a demand-led system and that is what is going to be coming in. It is however really important that it is implemented properly”.

He said he would be looking to “touch base” with the FE sector’s “key players” in the coming weeks.

“For me, meeting the key people such as Keith Smith [director of funding and programmes at the Skills Funding Agency (SFA)] will be important, so it would be good to touch base with him, Peter Lauener [chief executive of the SFA and Education Funding Agency], all the key players,” he added.

He is currently a governor of Sawston Village College and vice chair of Stapleford Community Primary School, both in in Cambridgeshire. He is a scout leader in his spare time.

Mr Dawe read economics at Cambridge University before qualifying as a chartered accountant at KPMG.

He then joined Canterbury College, becoming head of corporate services in 1994. In 2000, he helped set up eGS, an e-procurement provider to the public sector.

Mr Dawe told FE Week about his pioneering online procurement work for colleges with eGS, when he was profiled by FE Week back in June 2014.

“I was sitting there looking at all these businesses that were getting millions of pounds worth of funding, and as far as I could see they had no business model behind them, and it seemed crazy.

“So I wrote one, then the college allowed me a couple of days a week secondment to the Association of Colleges, and I basically went around with this model, which was around online procurement and a portal for the college sector, and went around touting it to venture capitalists to get funding.”

Commenting on his new appointment, AELP chairman Martin Dunford said: “I am delighted that Mark will be our new chief executive at this crucial time for our sector and for those employers and learners we serve.

“We were pleased by the response we had from a number of very high calibre candidates and the selection of Mark has been the result of a very competitive process.

“The AELP board and I look forward to working with him.”

It comes after FE Week exclusively revealed yesterday that the Association of Colleges would have to re-advertise for a replacement chief executive for Martin Doel, after it failed to find anyone suitable from the first round of shortlisted candidates.