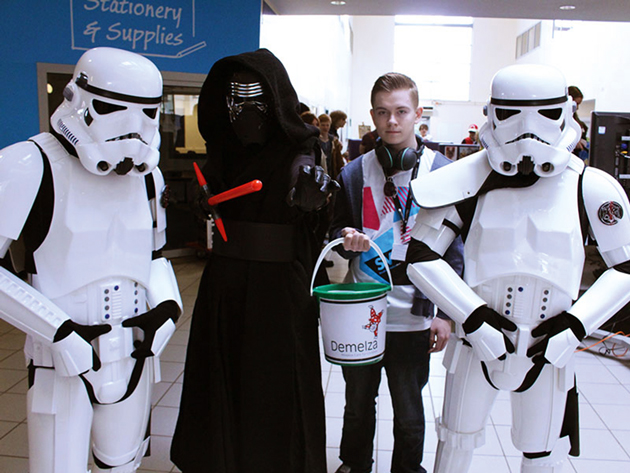 Videogame fans from Canterbury College used their hand–eye coordination skills to raise more than £3,000 for a local children’s hospice.

The games development learners put on a four-day celebration of games and gamers in the last week of February for Demelza Children’s Hospice.

It was the seventh year the tournament has been run by the college, which has in the past raised money for charities including Cancer Research UK and Help for Heroes, with the total amount now reaching £11,549.

Games development tutor Stuart Dodd said the students were “stunning” during this year’s event. “When we were doing the SingStar [karaoke] game on the final day, students from all different courses joined us to sing along, which really reinforced why I teach in an environment like this,” he added.

The event included a host of different games, including modern beat-em-ups and shoot-em-ups for hardcore gamers, a college spokesperson said, while older students and staff could play the classics on an old-style arcade machine.

Representatives from Demelza were also invited to sell second-hand games, consoles, dvds and clothes in the college.