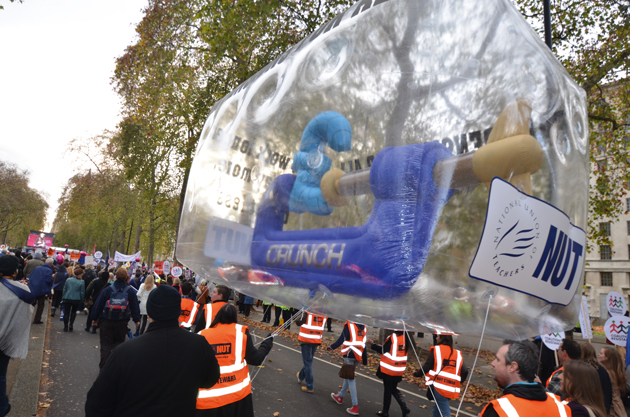 The National Union of Teachers (NUT) has defended itself after the Sixth Form Colleges Association (SFCA) said an upcoming strike would be “ill-timed and ill-judged”.

The NUT ballot, which closed on February 29, showed 86 per cent of members in favour of strike action, from a 44 per cent turnout.

It means that union members are set to embark on strike action at sixth form colleges across the country on March 15, which SFCA chief executive David Igoe warned would be highly disruptive for students preparing for summer exams.

When invited by FE Week to respond to the criticism, NUT deputy general secretary Kevin Courtney said: “The NUT strike action is part of the ongoing campaign to ensure teachers and therefore students get a fair deal from the Government.

“We have gone way past the point of sitting on sidelines. Many college principals are supporting our campaign and we will continue to work with SFCA wherever we can.”

He added: “Alongside the deterioration in teachers’ conditions, if we do not reverse the [Government funding] cuts, it is young people’s 16-19 education that is being put at grave risk‎.

“Many colleges face closure or unsuitable mergers putting many jobs and local education at risk.”

The question put to members was: “In order to persuade the Secretary of State for Education to increase presently inadequate funding levels which cause detrimental changes to terms and conditions within the sixth form college sector, are you prepared to take a day’s strike action?”

Mr Igoe told FE Week after the ballot result was announced that SFCA had “no problem standing alongside the NUT in a campaign to improve the funding levels for sixth form colleges”.

“However, we consider this strike action to be ill-timed and ill-judged,” he added.

“It comes at a critical time in preparing students for public examinations in the summer and any disruption to that learning is regrettable.”

A Department for Education spokesman said: “Any strike action is disappointing. The disruption caused by strikes holds back children’s education and damages the reputation of the profession.

“We recognise the importance of investing in education which is why, thanks to the difficult decisions we have taken elsewhere, we have been able to protect core 16 to 19 funding.

“At the same time we have ended the unfair difference between post-16 schools and colleges by funding them per student to ensure that all young people leave education with the skills they need to thrive in modern Britain.”