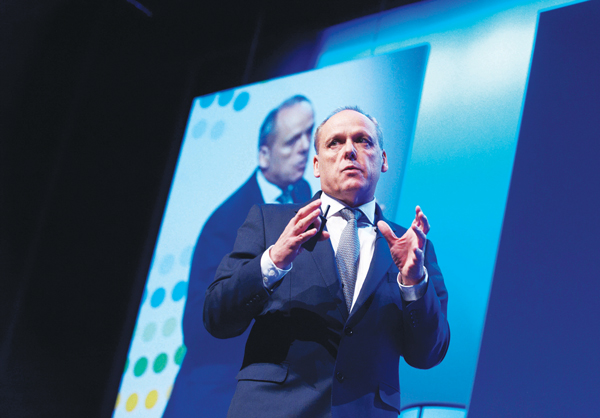 The Government has come in for criticism after rejecting attempts to ensure representatives from FE providers and trade unions sit alongside employers on the new apprenticeships policing body.

Labour tried unsuccessfully on 11 February to get a clause inserted into the enterprise bill, which would have ensured the Institute for Apprenticeships, which will monitor standards and quality, was “broadly based”.

The rejected clause stated that the make-up of the institute should “take into account the experience and contribution of all interested parties”, including employers, FE providers and trade unions.

The government, which indicated the planned body would be “employer-led”, claimed this was too prescriptive.

It caused Martin Doel, chief executive of the Association of Colleges to say: “While the institute should, quite properly, be employer-led, there must be some representation from colleges. We would like to see at least two members of the institute with direct experience of delivery in the FE sector.”

Andrew Harden (pictured), national head of FE for the University and College Union, added: “Employer engagement is essential, but government should ensure the full range of stakeholders is represented on the board.” Shakira Martin, National Union of Students vice president for FE, said it was disappointing the Government had denied apprentices and providers “a guaranteed voice”.

Kevin Brennan, the Shadow Business, Innovation and Skills Minister, also raised concern during the 11 February debate about the make-up of the Apprenticeship Delivery Board, charged with advising the Government on how it could achieve the 3m apprenticeship starts target by 2020. He said: “It’s made up of members who are all able people, I’m sure, but drawn from a relatively narrow section of business.

“It is therefore crucial the remit and board of the Institute [of Apprenticeships] are broadly based.”

Anna Soubry, the Minister for Small Business, Industry and Enterprise, replied: “Once the opposition have had the opportunity to look at the institute, I am sure they will welcome that wholly independent body, which will not be overly prescribed by this place.”

She added: “I am afraid that the opposition are really showing their true face. It is the old, state-heavy way of doing things. If they want to do something, they have a long,
long list.”

Membership of the ADB was unveiled on 18 January, five months after its creation was first announced. The Department for Business, Innovation and Skills said it would be chaired by the Prime Minister’s apprenticeship advisor Nadhim Zahawi, Conservative MP for Stratford-Upon-Avon, and businessman and apprenticeship champion David Meller.

Other board members announced include David Abraham, chief executive of Channel 4, Mike Thompson, head of apprenticeships at Barclays, and Andrew Parmley, an alderman for the City of London.

When asked to respond to concerns that the institute would be over-dominated by employers, a government spokesperson told FE Week: “At the heart of our reforms lies the principle that employers must be in the driving seat.

“Independent of government and employer-led, it will be for the institute to decide who they work with.”

The enterprise bill does not specify what backgrounds institute members should come from. It stresses that they could set up a committee to advise core members over the quality of apprenticeship assessments.

The majority of such committee members “must be persons who appear to the institute to have experience of the assessment of education or training” and “not members of the institute”, it says.