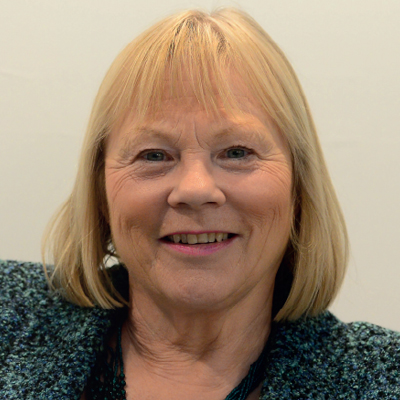 Achieving promotion through the ranks to the role of college principal is still a tough task for anyone in FE – but it must have appeared a particularly daunting prospect for a gay woman starting out in the 1970s.

Yet Dr Ann Limb achieved rapid promotion to the position of college principal by 1987, when she was only 34 years old. She recalls having to overcome a lot of prejudice to get there, even if she chose to keep her sexuality secret at the time.

“Did I encounter chauvinistic and sexist behaviour? Oh boy, did I – in bucketfuls,” she says. “There were some women principals, but I was both young and a woman.”

“And I’m a gay woman too, although I wasn’t open about it at the time.

“We worked in the era with section 28, where the promotion of anything other than white, Anglo-Saxon maleness was an offence. It was against the law.

“Against that backdrop, is anyone in a leadership position going to own up to anything?” she says.

“That’s just how it was, and you worked with how it was.”

Born in 1953, Limb was the first child of Norman and Elsie Geraldine “Gerry” Limb, who ran a butcher’s shop in Manchester’s Moss Side.

Limb describes it as a “very small family business when rationing was still on and meat was still important – particularly for the working classes”.

Did I encounter chauvinistic and sexist behaviour? Oh boy, did I – in bucketfuls

Sister Julie, who Limb says is “very important to me”, was born when Limb was four.

It was a home birth, Limb recalls. “I was taken out the morning she was born by my godmother and I came back at lunchtime and I had a little sister.”

The family moved to Stockport shortly afterwards, where Limb went to school – first at the local primary, and then, after passing her 11+ exam, at Marple Hall Girls’ Grammar School.

Having shown a talent for languages, Limb packed her bags for Liverpool in 1971 to read French at university, with a view to becoming a French teacher.

This was “a kind of unusual choice for somebody who had come from the kind of background I had”, Limb acknowledges, but says her parents encouraged her.

“The idea of having a steady public sector job with a pension at the end of it was really something that was beyond what they did as small business people,” she says.

After finishing her degree in 1975, Limb embarked on a PhD at the same time as teaching part-time at the Wythenshawe College, in Manchester (now part of Manchester College).

The PhD soon fell by the wayside after Limb “got so involved in FE teaching, and my FE career started”.

She then followed what she calls a “very rapid, curriculum-led career” – rising through the FE ranks from teacher through head of department, then vice-principal before becoming Milton Keynes College principal.

At just 34 years old, at the time of her appointment, she was the youngest ever FE principal.

“I don’t think at the time I was proud of it, but I’m happy to own that pride now,” she says. “I was pleased I became an FE college principal, and I did so really without any of the support that people get these days. I had no mentor. I had nobody providing coaching.”

Limb stayed at the helm at Milton Keynes for 10 years ¬– during which time she met her partner, Maggie Cook – before moving on in 1996 to take over at Cambridge Regional College.

She remained there until 2000, at which point she “fulfilled an ambition I’d formed in Milton Keynes College, which was that I didn’t want to work full-time in FE until I was on my knees – I’ve never been motivated to work for money”.

A five-year stint as chief executive of Learndirect kicked off the second half of Limb’s career.

She says she was “attracted by the innovation” of the role “because online learning, no matter what people say, was not being taken up in FE”.

Since moving on from Learndirect in 2005, Limb has been in the enviable position of not working full-time.

Instead, she says she’s done “a brilliant range of non-exec work with some coaching and some consultancy thrown in”.

Among her many roles, which include being appointed the first ever female chair of the Scouts, in October 2015, she chairs SEMLEP and the Skills Funding Agency’s funding reform and localism steering group.

It is from this perspective that she says she’s positive about the future of FE.

“The old battles have been won,” she says. “The Prime Minister talks about schools and colleges. It doesn’t get better than that.”

It’s perhaps indicative of what she calls her Quaker values that, when asked about her greatest achievements looking back to her 25-year career in FE, all the examples Limb cites are about how she’s helped other people.

She talks with passion about the work she did in the mid-1980s helping women return to education.

These women returner courses – “women in technology, women into management” – were particularly significant during the miners’ strike.

Limb describes working in pit villages, in which the men weren’t working and the women hadn’t previously worked.

“Those were the women returners to IT courses, particularly, and they were an example of what FE does at its best. And it was life-saving and life-changing in the extreme,” she says.

Another example of her impressive moral compass came back in 1998, not long after Limb had taken on the role of principal at Cambridge Regional College, when the Labour government introduced £1,000 up-front university tuition fees.

So she decided to do something about it. “I got a salary increase when I changed college, so I decided to put the difference in my salary into a charity,” she says, “to provide bursaries to offset these upfront tuition fees”.

That charity was the Helena Kennedy Foundation, named after the Labour peer who wrote the Learning Works report in 1997, and it still supports disadvantaged students today.

Testament of Friendship, by Vera Brittain. My mother gave me this book when I was quite young. It’s important to me because it talks about friendship, particularly friendship between women, and because I’m a Quaker, and Quakers are known as the religious Society of Friends. I met Vera Brittain’s daughter, Shirley Williams, and I asked her if she would inscribe it. And then I asked my mum to write in it, which she did exactly a year before she died

If I could go skiing every day I would, but I’m not in the right place for that, so I do meditation, yoga, swimming, walking, birdwatching and going to the theatre and opera

Angela Merkel, Hilary Clinton and Eleanor Roosevelt. I want some comedy and theatre, so I want Victoria Wood, Julie Walters, French and Saunders, and Judi Dench. I want some music from Aretha Franklin and Carole King. They’re all strong, lovely women

A theatre director, orchestra conductor or an opera singer

1971: Degree in French at the University of Liverpool, including a year abroad in France

2005-present: A variety of non-executive roles, coaching and consultancy