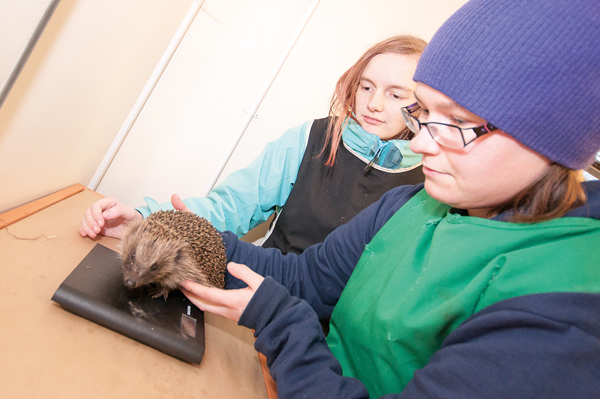 Teddy the hedgehog is the first resident of a new sanctuary set up by Salford City College’s animal management department.

Teddy arrived at the “hedgehog haven” in the college’s Walkden Sixth Form Centre at the end of last year after he was brought in by a local resident who found him in their garden.

When Teddy arrived, he weighed just 640g and had a number of ticks that needed to be removed.

A rota was set up for the students to take responsibility for recuperating him, and they now take it in turns to feed, clean and weigh the hedgehog, ensuring that his records are filled in regularly to keep track of his progress.

Level three animal management learner Mel Buckley, aged 19, is one of the students taking care of Teddy. She said: “I have really enjoyed looking after Teddy, it has been a really good experience as part of my course, and it’s great to see him so active.”

The aim is to get the animal’s weight up to 1kg before he is released back into the wild in the spring.