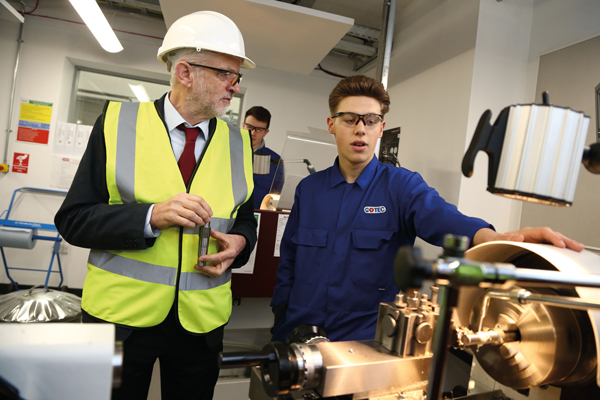 Jeremy Corbyn has given a thumbs up to the training being provided by Middlesbrough College for former steelworkers and apprentices.

The Labour leader spoke after touring the college’s new £20m science, technology, engineering and maths (STEM) Centre, where the majority of the training courses are taking place.

Mr Corbyn said: “The college is doing a fantastic job providing skills training and certification to SSI workers, many of who have huge skills levels but they might not have the right qualifications needed for new jobs.

“The STEM Centre is a great place and the college should be complimented for its work to help people make the transition as they recover from the trauma of losing their jobs.”

The college’s specialist industrial training courses are offered free of charge to those who can show they have been directly affected by the recent closures in the industry, including the loss of 2,200 jobs when Redcar steelworks was closed in October.