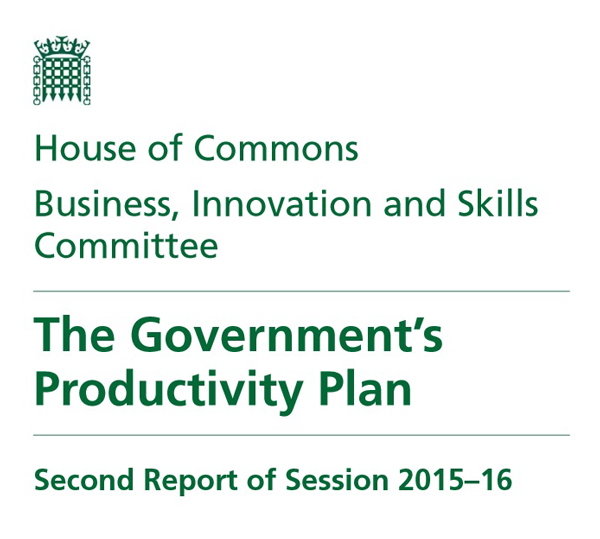 The Government’s much-lauded “Productivity Plan” has been criticised by a committee of cross-party MPs today – with concerns raised over the three million apprenticeship target and new levy.

The Business, Innovation and Skills (BIS) committee in a report published this morning has claimed the government’s plan – heralded as a “blueprint for creating a more prosperous nation” – lacked clear, measurable objectives.

MPs took aim at the government’s “ambitious” target of three million apprenticeships by 2020, saying there was a lack of consultation with industry on the policy.

The report said this raises concerns the decision was made “with no consideration for what type of training businesses actually require”.

The government’s apprenticeship levy was also criticised, with MPs calling out the Chancellor George Osborne for not providing enough detail about how it will protect sectors that do not use apprentices.

The Productivity Plan is a vague collection of existing policies

Iain Wright MP, chair of the BIS Committee, said “productivity is the pressing economic challenge of this Parliament”.

But he added: “As a committee we welcome the Government’s focus on tackling this crucial issue for the UK economy. However, rather than being a clear and distinctive roadmap as to how Britain will close our productivity gap, the Productivity Plan is a vague collection of existing policies.”

He said while analysis in the government’s plan is good, “milestones for implementing improvements are virtually non-existent.”

“If the Productivity Plan is going to avoid collecting dust on Whitehall bookshelves and having a legacy of being seen as worthy but useless, then the Government needs to back it up by setting out how these policies are going to be implemented and how their success will be measured.”

The committee has made a number of recommendations, including calling on the government to set out its rationale and evidence base for the three million target.

MPs also want the government to consult with industry to ensure the apprenticeship levy allows the sector to invest in skills through different qualifications and training.

Harvey Young, chairman of the National Consortium of Colleges and Providers (NCCP), said this report shows it is time for the government to turn “rhetoric into practice”.

But he added: “The FE sector and employer trade bodies, with government support, need to do more to promote the positive outcomes that can arise from effective basic skills training in the workplace to small and large businesses alike.”

A spokesperson for BIS said while successive governments have struggled to keep productivity on track, “we are now seeing a return to productivity growth”.

The spokesperson added: “The reforms set out in our productivity plan are delivering a step change that will secure long term investment in people, capital and ideas.

“As the select committee notes, boosting productivity is not as quick and simple as pulling a lever.

“That is why we have taken steps to protect the £6 billion science budget and innovation, maintained funding for further education and are driving forward our plan to deliver three million high quality apprenticeships, putting businesses in the driving seat supported by the new apprenticeship levy.”

The department will consider the recommendations before producing a formal response “in due course”.

FE Week approached the Treasury for comment, but was told the department had nothing to add to the BIS response.

–   We recommend that the BIS department works across the Government to enhance the employability skills that are acquired by school pupils, college and university students by looking to give work experience greater prominence in schools as part of a proper policy on information, advice and guidance.

–   We recommend that the Government, in its response to this report, sets out the rationale—and publishes the evidence base—for it setting a target of three million apprentice starts when that may run against what businesses actually require.

–   There could be a policy trade-off between the Government achieving the three million apprenticeships target and the maintenance of apprenticeship quality. We believe that the Government is right to resist this temptation and will continue to keep a close eye on this part of skills policy.

–  We recommend that the Government works with businesses and individual sectors to make a preliminary assessment of how the three million apprenticeships will be broken down by level and publishes the result of this work.

–   We recommend that the Government consults with industry to ensure that the apprenticeship levy is implemented in such a way as to allow sectors to invest in skills through different qualifications and training methods applicable to their specific needs.

–    We recommend that the Government does more to balance the perception of the benefits of college and vocational education against those of higher education, and should do more to promote both as attractive career paths and as good drivers of productivity.