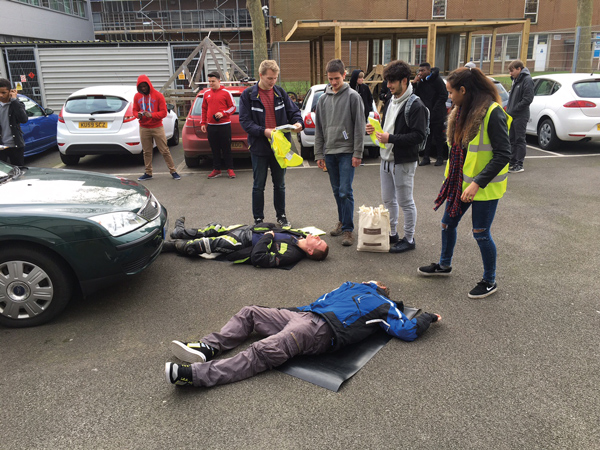 Public services learners at Suffolk New College had their leadership skills put to the test when they were tasked to deal with the aftermath of a serious road accident.

The group were given different roles in the simulation which tested the knowledge learned on their level three course.

Some students played the part of those injured in the “accident”, while others took on the role of paramedics, police, journalists and members of the public.

Tutor Martin Memory said: “The students attended a scenario where the driver of a car suffered a heart attack and crashed into two pedestrians.

“They each had various roles to play and the purpose of the simulation was to learn how to deal with a serious situation.”

Mr Memory, who previously served as a sergeant with Suffolk Police, said the exercise was useful for the students who are likely to use their qualifications to pursue careers in the emergency services.

“Exercises such as this bring the classroom to life,” he added. “It’s always important to learn by doing and using role play helps students to put their skills into practice.”