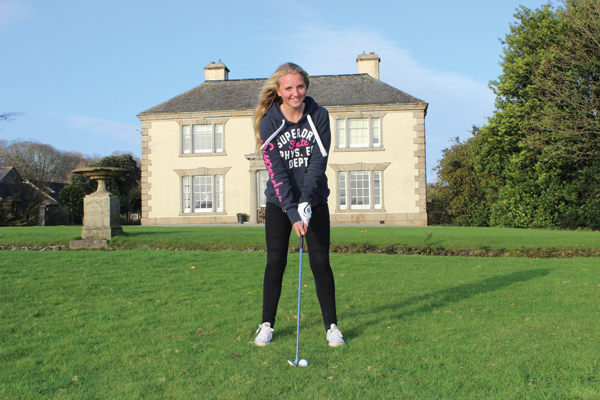 The 16-year-old qualified for the Open, which is widely regarded as one of the biggest honours in junior golf, by winning the regional final based in the UK.

The individual strokeplay championship in Spain was played over five rounds.

It went down to a sudden-death play-off against Sanchez where Megan emerged victorious on the first extra hole.

Megan, who is currently on the tournament golf college development programme at the college in south-east Cornwall, said: “It was amazing really, the other players were so good and so I wasn’t expecting to be anywhere near the top.

“The course that I’m studying at Duchy College is great because it means that I get to practice so much more than I would do at school, and I’ve really improved.”

Curriculum lead for sport at the college, Kym O’Mara, added: “It was a nail biting few days, especially going into the final round, but she [Megan] showed the grit and determination that all successful sports people need, if they want to succeed.”