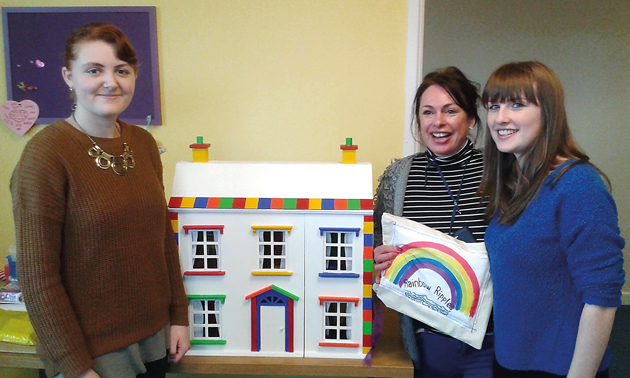 Level three extended diploma in art and design learners Sophie Watkins, aged 18, and Emma Hodson, 17, volunteered to work on the project in their own time after Michelle Hicks and Lisa Sant from Myton approached the college for help.

Sophie said: “Knowing that the house would be used by so many children and could have a big impact motivated us to spend our free time researching and renovating the doll’s house.”

The completed doll’s house included refurbished furniture as well as personal touches such as a teddy bear and easel.

Emma said: “The end design was a bright, colourful object, which not only would be used as a toy but one which could be used by children to communicate their feelings.”

The Rainbow Ripples service supports children who are or have been affected by the serious illness or death of a close family member.