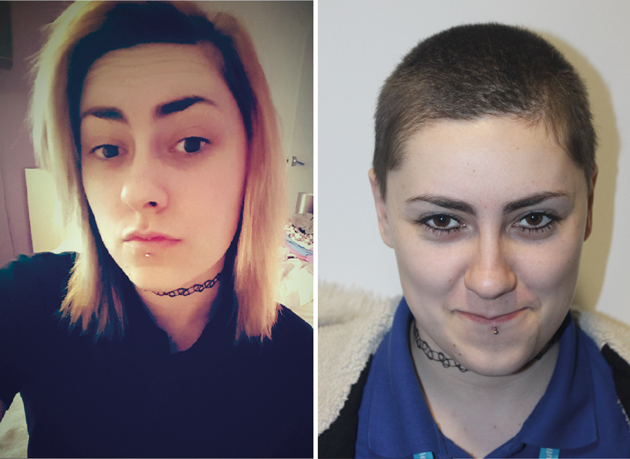 A South Cheshire College learner shaved off her locks and raised more than £450 for Macmillan Cancer Support.

Chelsea Palfreyman, aged 17, is now sporting short hair after deciding to go through with the fundraising stunt.

It was part of Macmillan’s ‘Brave the Shave’ campaign, a fundraising effort which encourages men and women to have their hair shaved off so they can stand proudly alongside people with cancer.

The campaign raises cash to give people with cancer and their families the support they need.

Chelsea, who studies a BTec 90 credit diploma in health and social, said: “It all feels very strange having short hair but I wanted to do it for a fantastic cause.

“I’ve always wanted to do something like this and when I saw the appeal I just decided to go for it.

“I’m very grateful to everyone who has supported me by giving generously so far and I’m hoping to raise even more cash in the weeks ahead.”

Pic: Chelsea Palfreyman before and after her ‘Brave the Shave’ campaign